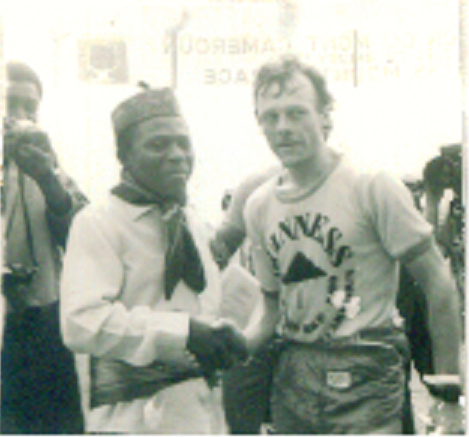 Unlike last year, the test race witnessed a higher level of participation with about 200 athletes taking part in for the Southwest Region ahead of the grand jamboree which is to take place on February 17.

Hear him: “We are moving in a time where so many people are still saying that they do not want to be seen in the pre-selective race because our people still believe in witchcraft. They do not believe in performance. I so much believe that many of them are still keeping their cards close to their chest and will want to use it on the final day. The performances, from the few female athletes that showed up today for the race, is a testimony that our Region is going to have a new champion in the female and male categories.”

Race Of Hope Gets Ambassador
British born, Mike Short, has been appointed the Ambassador of the 2018 Mount Cameroon Race Of Hope. The information was made public by the President of the Southwest Athletics Federation, Andrew Eteki, during the Southwest Region test race. It will be the first time the race is going to have an Ambassador, and the British, who won the race two times consecutively, will be the maiden Ambassador for the race.

Mike Short was a professional mountain runner from England, who broke Walter Stifter’s 1977 record by 12 minutes after beating the record of the Crane brothers (Richard and Adrian).
Mike Short won the race in 1984 and 1985, doing it in 4 hrs, 6 mins 32 secs and 3 hrs, 56 mins 17 secs, respectively. Mike Short’s winning streak was stopped by a Southwest native, Timothy Leku Lekunze, in 1986. During this period, Short emerged second and later complained of attacks and underhanded methods, high up in the foggy mountain, that deprived him of a third victory to be crowned King of the Mountain. Since leaving Cameroon in 1988, Mike Short will be returning to Cameroon for the first time.

Speaking to the athletes before the race, Eteki called on all athletes to make sure they register soonest for the list for those to take part in the 2018 edition will be published on January 25.
Former Mount Cameroon Race of Hope winners like Joseph Kongnuy Shey, Simplice Ndungeh, all took part in the Southwest Region test race.