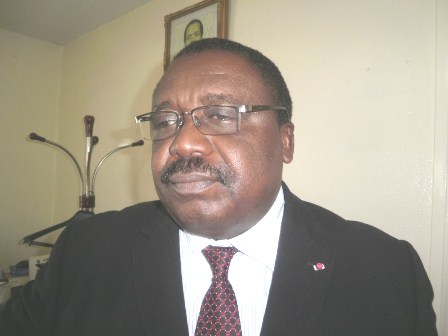 The Registrar of the Cameroon General Certificate of Education, GCE Board, Sir Humphrey Ekema Monono, has said that this year’s session, so far, has gone on smoothly, despite the challenges.

As for the GCE examinations (General and Technical) Monono said these started on May 30 and, according to reports from the 581 accommodation centres (489 General, 92 Technical), the examination has been running smoothly.

Asked about leakages, Monono said they were history. About exam malpractices, some candidates might try to indulge in them but the officials are trained to be alert and easily pick them. He cited a case of impersonation at Bokwaongo Centre and said; “the individual has been taken to the police.”

On the case of exam cheating reported in Garoua, Monono explained that a candidate was caught with an Android wrist watch through which he had ostensibly sent out questions and was waiting for the answers.

“But the vigilant invigilators caught him and in the dispute of the watch, he cut off the watch leaving the strap with them. The matter is also being handled by the police,” the Registrar averred.
Quizzed on the assault on an exam Superintendent in CCAS Kumba by candidate, mono stated: “The candidate is under judicial supervision of the police and State Council.”

Talking about challenges faced, Monono reiterated that Government subventions were inadequate. On the related issue of increasing exam fees to make up, he said the Minister deemed it to be a very delicate issue so he, the Minister put a hold on that.

The other issues were shortage of question papers which was immediately addressed. He said the administration discarded question papers in place of the replaced one (sloppy supervision) in two centers namely; GHS Guzang in the Northwest and GBHS Tombel in the Southwest.

“The Superintendent of GHS Guzang was immediately replaced,” he asserted.
He disclosed that a candidate banned in the 2015 GCE examination at Nitop-Bamenda was identified writing in Likumba External – Tiko

He revealed that reports reaching the Board indicated that registration bonuses for Chiefs of Centres of East Region had not been received since 2012, while that of North Region for 2015 is still to be received.

“However, these will be addressed by Monday June 6,” Monono stressed.
Maintaining that the 2016 GCE examinations are running unperturbed, the Registrar stated: “The marking exercise programme/schedule shall be respected.”