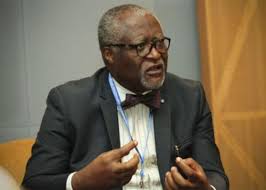 For over two decades, opposition political parties in Cameroon have been unable to create a strong coalition that can challenge President Biya’s ruling Cameroon People’s Democratic Movement, CPDM, in any election.

However, a couple of weeks after Barrister Akere Muna created the Platform for a New Republic in Yaounde to rally support for his 2018 Presidential candidature, many Cameroonians think that the anti-opposition coalition jinx may finally be broken.

The President of the Platform is Jacques Maboula Mboya, Mayor of Yabassi in Nkam Division, Littoral Region, while the Secretary General is Alice Sadio, leader of Alliance of Progressive Forces, AFP.

The Treasurer of the platform is Chretien Tabetsing, a former SDF militant, who challenged Fru Ndi at the party’s 1999 Elective National Convention in Yaounde, for the post of National Chairman.

Even though he was humiliated with a crushing defeat in the election, Tabetsing has bounced back in the political arena.

Besides Akere Muna’s movement, a number of political parties and civil society groups that participated at the Yaounde in-camera meeting, excluding the UPC faction, signed a convention that created the political platform.

This was when the former General Manager of the National Investment Fund, Esther Dang, struck a deal with the leader of the party and used it for her failed presidential bid.

In fact, the only well known name in the political platform to support Akere Muna’s 2018 Presidential bid is Alice Sadio’s AFP.

AFP is a party that is close to the Munas. Barrister Ben Muna is a former leader of the AFP. But AFP has never won even one of the 350 councils in Cameroon.

Meanwhile, there is much talk about the support of the Mayor of Yabassi, Jacque Maboula Mboya, to Akere Muna.

Mboya, an old friend of Akere Muna, until his recent declaration of support to Akere Muna’s candidature was a militant of the CPDM.

In 2013, CPDM officials, elite and militants in Yabassi were bitterly divided following a controversy created by the CPDM Central Committee Secretariat to impose a list for the Municipal Elections in Yabassi.

The list was strongly rejected by many local CPDM officials, elite and militants and vowed to vote against the imposed list. Unfortunately there was no opposition party like the SDF, UPC, MLDC, CPP or MP in Yabassi then to exploit the situation.

It was then that Mboya quickly negotiated with the leader of ‘L’Union pour la Fraternité et la Prosperité’, UFP, Oliver Bile, to put up a UFP list for the municipal election in Yabassi.

Before then, the party did not even exist in Yabassi. During the election campaign, Mboya and his team pledged their support to President Biya, but said they were against the imposed list.
With such campaigns, the disgruntled CPDM militants of Yabassi voted for the UFP list and Mboya became Mayor.

But on October 1, 2017, Mboya took part in the CPDM rally and public march in Douala that was organised by the Littoral CPDM Coordinator, Laurent Esso.

He was even one of the personalities chosen by Esso to deliver a talk at the occasion. With such political double standard, many doubt if Mboya can really dump the Biya regime for Akere Muna.
But many sympathisers of the New Republic are upbeat that Mboya can galvanise a lot of support, given his position as Yabassi Mayor.

Meanwhile, many political commentators are asking what each member of the New Republic can bring to the table in terms of support for Akere’s presidential bid.

The problem has further been compounded by the fact that no political party West of the Mungo was present at the Yaounde meeting.

But members of the platform argued that what happened in Yaounde was just the launching ceremony and that moves were underway to get more political parties and civil society organisations on board.
But political analysts are unanimous that the problem is not the number of political parties that Akere can get will on the platform, but rather the weight of the parties.

There are over 300 such political parties in Cameroon today, though the facts on the field show there are less than 10 political parties that really exist in the country. The rest in reality exist only on paper.

There is no doubt that the senior and brilliant international legal counsel, Akere Muna, who is also a former President of the Cameroon Bar Council, and is as well perfectly bilingual, has a CV that indisputably qualifies him as good presidential material for Cameroon.

He is a distinguished personality, well known at the international scene. But the fact is that CVs don’t win presidential elections anywhere in the world; not even in the United States, France, Britain, Germany or Canada.

What matters most is the weight of the political parties or the force of the movement that backs a candidate, especially in a country like Cameroon where many militants of political parties still vote for parties than for candidates.

Bello Bouba Maigari’s UNDP has a long standing alliance with the CPDM, even if the alliance has been coming under increasing criticism by militants of the party.

As for Fru Ndi’s SDF and Adamou Ndam Njoya’s CDU which have a strong following, these parties will certainly put up their presidential candidates.

Perhaps it would have been better if Akere Muna first contacted the leadership of these major political parties and try negotiations, before creating his New Republic.