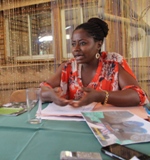 More than 3,000 hectares of rainforest bordering the Dja Faunal Reserve in the Chinese Hevea Sud Rubber has been destroyed.

According to Greenpeace, an international environmental NGO, agro-business promoters are moving deeper into Cameroon’s forest as they calculate the gains they can make from either rubber or palm oil.

Looking at future benefits in palms and rubber agro-industries, land is an essential commodity and the Cameroon destination is good to open up plantations.

This entails large portions of land and has inherent consequences, ranging from encroachment into reserved forest areas, displacement of wildlife and forest communities and climate change.
Greenpeace has raised an alarm that agro-business companies are destroying vital rainforest habitat for chimpanzees and other great apes by their expansion projects in Cameroon.

Besides that, the NGO said there are indications that a Cameroon company, Azur, is targeting large portion of dense forest in the Littoral Region, (about 60,000 hectares) adjacent the Ebo Forest and a proposed National Park harbouring many primates, to convert to oil palm.

These are not the only agro-industrial companies that are opening up large areas for oil palm.
In the Southwest, Herakles requested for about 75,000 hectares of land for their palm plantation, though Government finally allocated 20,000 hectares.

To the Anthropologist; “If proactive strategies to mitigate the effects of large-scale habitat conversion are not soon implemented, we can expect a rapid decline in African primate diversity.
In the forest sector, there are lots of projects in mining, logging and agro-business and, civil society proposes that Government should be watchful.

In this vein, Messe Venant, Congo Basin Regional Representative of Forest Peoples and head of AKANI, a BAKA NGO based in Bertoua, indicates that Government, in giving out concessions, has to relocate the communities.

What obtains is a situation where there is land demarcation and business is going on and nothing is done for the people in the forest. To develop communities, they need to have land, the expert argued.
The consequence is that, besides social conflicts arising from clearing the forest due to lack of dialogue with the communities, there are negative ecological impacts, endangered wildlife species may overlap into forest areas with high biodiversity.

Against this backdrop, “Governments need to urgently develop a participatory land use planning process prior to the allocation of industrial concessions”, Irene Wabiwa, Greenpeace Forest Campaign Manager for Africa indicates.

Besides, experts say as the second largest rainforest in the world, the Congo Basin, which includes Cameroon forest, is rich in diverse ecosystems and conserving the ecosystem is vital for the fight against climate change.

According to Richard Eba’a Atyi, Coordinator for International Forestry Research Centre, CIFOR, for Central African Region, even though clearing for agriculture is not the biggest contributor compared to fossil fuel on forest degradation, it has the potential to increase emissions of carbon dioxide responsible for greenhouse gases leading to climate change.

In order to mitigate the effects there is need to plant trees and avoid deforestation, he said.