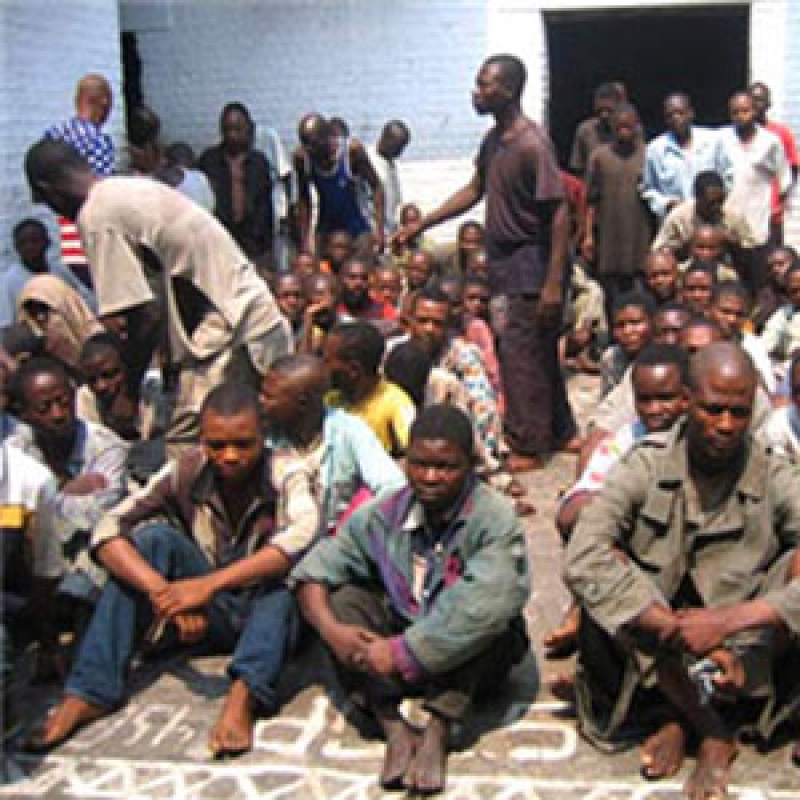 Inmates of the Kondengui Principal Prison in Yaounde, May 8, protested over what they termed refusal by penitentiary administration to conduct the coronavirus test on some 70 out of the 160 prisoners who are seriously sick.

The strike action, which began at about 10:00 am only stopped at 6:00 pm. It drew the attention of the prison authorities as well as some legal and administrative officials of Mfoundi Division.

There was the heavy deployment of combat-ready troops in and around the detention facility. The State Counsel of Mfoundi and the Centre Regional Delegate of Penitentiary Administration were spotted amongst the officials.

In the wake of the rioting, lawyers who have clients in Kondengui were very jittery. Amongst the many lawyers was Barrister Amungwa Tanyi Ntso Esq. – he is the Communication and Media Chairperson for the Defence of Ambazonia leaders, who were arrested in Nigeria and repatriated to Cameroon.

Talking to The Post over the weekend, Amungwa who is Barrister at Law at the Supreme Courts of Cameroon and Nigeria, said apart from protesting against the nonchalant attitude of the prison administration towards the sick, the rioting inmates were also irked by the fact that they don’t often take them to court when their cases are due.

The prisoners said even when they are taken to court, they often arrive very late.

“The grievances expressed by the inmates were against administrative laxity, bottlenecks and shabby treatment of prisoners and detainees. For example, over half of the inmates were sick and the administration never bothered. Detainees whose cases are due in court are not taken to such courts and no reason is given,” he stated.

On what the attitude of the authorities was towards the grievances, Amungwa stated: “The administration was very nonchalant and relied on the use of force as various contingents in war gear, flooded the prison. Basic explanations to the issues would have prevented the rioting, but the administration resorted to armed troops to quell it,” he noted.

On what the situation of Anglophone detainees looks like in the face of the rioting and the COVID-19 scare, Barrister Amungwa said the Ambazonia inmates were not involved in the strike action but disclosed that out of 26 of them held in that detention facility, 10 are sick, presenting symptoms that could be likened to COVID-19 such as fever, light cough, headache, chest pain and stomach disorder.

“The prison clinic, from their lab diagnosis, is talking of typhoid and malaria. Those who are not yet sick are gripped by fear that the disease could extend to all of them in the next few days,” he stated.

He added that the infirmary of the Kondengui Principal Prison has four beds – one for diagnosis and three to admit patients. He reiterated that the detention cells remain overcrowded.

According to Amungwa, detainees are describing the measures taken to combat COVID-19 in that prison as cosmetic aimed at deceiving the international community that something is being done.

“Social distancing is not possible there. Hygienic conditions are deplorable. Decongesting the prisons through the liberation of the Ambazonia leaders and many others who are in detention because of their political stance and their desire to promote human rights is the main thing to do now,” he stated.

As at Sunday afternoon of May 10, news filtered that some of the sick inmates were shared tablets of chloroquine for them to take four per day for seven days. An Antibiotic, which the prisoners could not immediately make out the name, was added to the chloroquine dosage.

The source said the medications were distributed even though no test was conducted on the sick inmates.