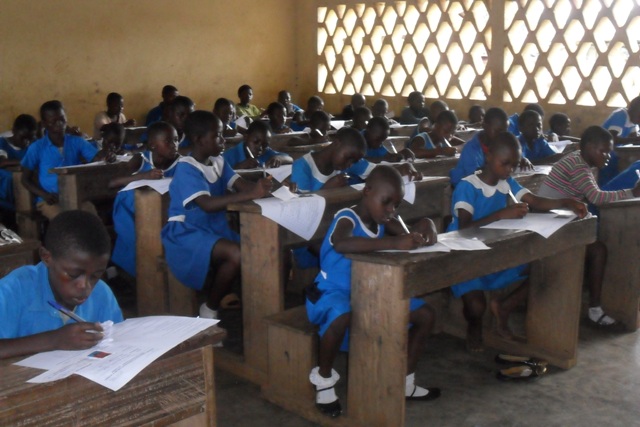 Statistics from education officials in Nguti Sub Division, Southwest Region reveal a massive boycott of the 2018 official examination in response to dates which Ambazonia adherents are propagating.

Summoned to a recent council session of the NgutiCouncil, delegates and principals of the major schools in the locality painted a depressing picture of school attendance.

Verbal reports which the same education officials made to the Prefect for Kupe-Muanenguba, Augustine Keyachu,point to a deafening reluctance to register for official examinations.

According to the Inspector of Basic Education for Nguti, the situation contrast what the people told the officials Government sent on an appeasement crusade months back.

“We are around 10 percent attendance…are scared. When we went to the field during the appeasement mission, parents talked and we felt and believed what we said was going to bear fruits. But when we came here, it was as though we said nothing…..

In areas such as Sikam and all of Lower Mbo…. No child is going to school… in Nguti here attendance dropped from about 300 to 80 pupils…Some parents are poor and no child has registered for First School,” the Inspector noted.

The Principal said since September 2017, the attendance was at 35 students, but after the famous September 22 and October 1 demonstrations, the figures slipped.

Akume said it was the women of Nguti who moved from house-to-house and triggered the number to 135 students.

He said the fluctuations have made nonsense of the special time table from the Ministry of Secondary Education meant to catch up for time lost in the previous academic year.

Back then, the Principal said just two students had registered for the General Certificate of Education, GCE.

On his part, the Principal of Government Technical College, GTC, revealed that attendance in his school has not gone beyond 30 students.

He said the school missed out on the catch up calendar because students did not show up.
He said only three candidates have registered for official examination out of 40 expected to be part of the end of course exercise.