Anglophone Crisis: Gov’t Dispatches ‘Secret Envoys’ To US To Fish Out Pro-Independence Activists 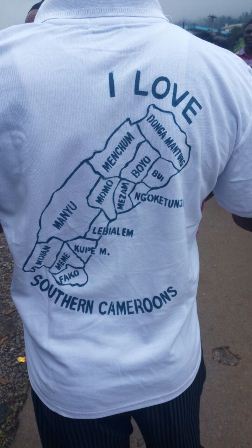 Some members of Government are allegedly in the United States of America, lobbying the US Government to capture some Cameroonians that the Prime Minister, Philemon Yang, named recently as sponsoring or fanning the rebellion in the Southwest and Northwest Regions.

Social media networks, particularly Twitter, were awash with allegations that the Government has dispatched a 3-man delegation, namely: Prof. Paul Mingo Ghogomu, Director of Cabinet at the Prime Minister’s Office; Dr. Felix Mbayu, Minister-Delegate at the Ministry of External Relations in-charge of Relations with the Commonwealth; and Dr. Joseph Dion Ngute, to the United States of America to lobby with State Department and the Congress to extradite them for trial and punishment back home.

The reports alleged that the delegation members were also negotiating meetings with Representatives who recently organised a hearing on the Southern Cameroons Question at the US Congress to, notably, misrepresent the exact nature of the crisis.

The delegation, purportedly led by Minister Dion Ngute, was also suspected to be carrying a list of Southern Cameroons activists that Yaounde will like to see either deported or prosecuted on accusations of conspiring to destabilise the country.

Among those whose names were said to be on the list are prominent figures of the revolution like; Ebenezer Akwanga- Chairman of the Southern Cameroons Youth League, SCYL, John Mbah Akuroh- President of the Caretaker Executive of The Southern Cameroons Civil Society Consortium, Boh Herbert, Spokesman for the Movement of the Restoration of the Independence of Southern Cameroons, MoRISC, Ivo Tapang Tanku, former Consortium interim leader, RigobertTaban Ndifon, Nervillle Choh Achera, Wilson Muluh Awa Muluh, Emmanuel Ngwa Shu Nyamboli, all identified as SCNC relay agents, Eric Tataw, an outspoken social media actor, Tchoumi Nana Serges as a conspirator, and Chris Anu, Communication Secretary of the interim Government created by various organisations to foster the cause for independence.

When news of the presence of that delegation in the US emerged, the activists took to social media to denounce the move. They flooded twitter with pictures of the senior state officials attempting to tie them to the numerous exactions blamed on the Cameroon military by rights organisations, notably Amnesty International.

The Post reached out to some sources at the Prime Minister’s Office and they confirmed the presence of Prof Ghogomu in the United States of America, but insisted he was there on vacation. The sources, that refused to be named because they were not authorised to talk to the media, noted that it was impossible for them to establish if, on the sidelines of his vacation, Prof. Ghogomu had instructions to carry out any state duties.

Meantime, the Anglophone Problem is deteriorating by the day with reports of killings, kidnappings or abductions of both civilians and security forces. Reports by human rights and or humanitarian organisations across the globe have portrayed the situation as worsening.

The organisations, as well as other international actors, including the African Union, the US Department of State, the German Government, the European Union, have continued to urge both Government and pro-independence leaders to return to the dialogue to no avail.

It is apparent, from the stance of both sides, that the so much yearned for peace talks may not be engaged anytime soon, with Government, activists and armed groups rather escalating the crisis by their actions.

At the same time, the lifeless and headless body of a police constable was circulating on the media, with allegations he was killed in Wum, Menchum Division, and then beheaded, with the head taken away by unknown armed groups.

While the public was still expressing indignation over the incident, the shooting to death of Father Sob Nougi, Parish Priest of Bomaka in the Buea Municipality, was also reported. The Priest, eyewitness accounts hold, was shot in Muyuka, Fako Division, when he went to pay a visit to his mother.