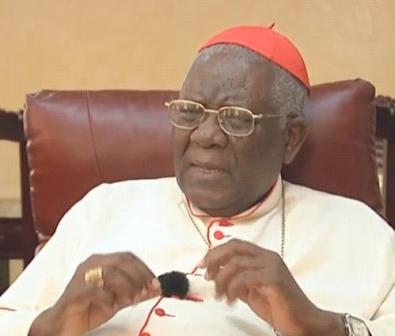 The US Ambassador to Cameroon, Peter Henry Barlerin, recently organised a roundtable discussion on the ongoing Anglophone Crisis with some key actors and personalities.

During the discussions, some key actors and neutral observers of the crisis shared views and proposed ways of solving the problem and deescalating tension in the Northwest and Southwest Regions.

Information from the discussion room holds that those who attended the talks included Peter Henry Barlerin, US Ambassador to Cameroon, civil society leaders, the clergy, political leaders, human rights organisations and a Government representative.

Top on the agenda was a plan to chart a way forward for a peaceful end to the conflict and deadlock that have engulfed the English-speaking zones of Cameroon.

A public statement issued by Barrister Agbor Balla, who is gunning for a federal structure, said: “I emphasised that, failure to keep promises made at the Foumban Conference is a huge cause for today’s crisis, including extensive social exclusion, social and economic injustice, structurally divided society and political discrimination.”

Agbor Balla said, at the discussions, he opined that, to restore peace and calm tensions, Mancho Bibixy, Terence Penn Khan and others facing trial at military court should be released.

“Julius Ayuk Tabe and 47 others arrested in Nigeria and repatriated to Cameroon should be given access to their lawyers and offered amnesty to participate in dialogue for peace building,” Agbor Balla said.

To the legal practitioner and law lecturer, an inclusive, reconciliatory and cooperative process of dialogue should be initiated with neutral parties to ensure respect of resolutions.

He held that ending the conflict through dialogue will be the best option, in order to speed up disarmament, return of refugees and internally displaced persons.

“It is time to put a permanent end to killings on both sides, violence and suffering upon the innocent civilian population,” Agbor Balla, who is also the President of the Centre for Human Rights and Democracy in Africa, writes in his press statement.