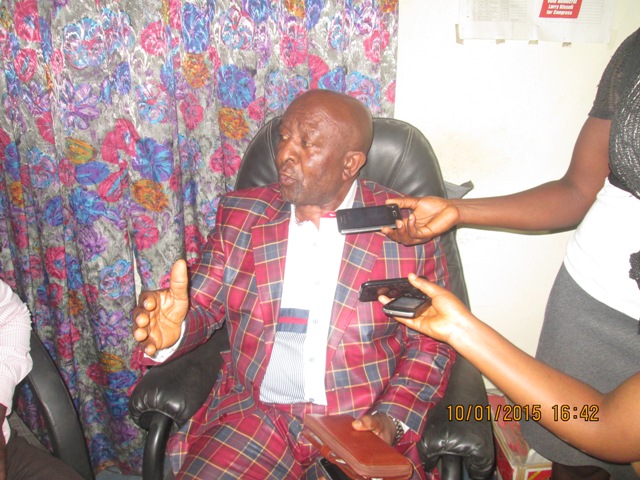 The elections of the Cameroon Bar Council this year were dramatic. They were conducted in the absence of the incumbent President, Barrister Francis Asanga Sama, who stepped down and stormed out of the hall. An urbane Sama told his colleagues that: “I want to be remembered as the Advocate who respected the unwritten law of the Cameroon Bar Association. If we have understood this unwritten law and, considering that the new President of the General Assembly is from the Common Law extraction, and in as much as I would have loved to engage the electoral battle with other candidates, I find it incumbent on me before taking my seat as Batonnier Emeritus, to respect this unwritten law,” Sama stated.

The out-gone President, however, decried foul play which he said marked the elections. “As lawyers, we have been going to the Supreme Court after each election to cry foul that the electoral processes are flawed. I witnessed despicable things. Out of the hall, I saw money changing hands and, that notwithstanding, I honourably step down as a candidate,” Sama declared amidst thunderous applause from members of the General Assembly. Efforts by reporters to get him further comment on the general conduct of the elections proved futile.

However, an irate Anglophone, bemoaning the outcome of the election lashed out: “It is true that Anglophones are enemies of Anglophones. Otherwise, how could we have chosen the position of a grasshopper (General Assembly President) and relinquished that of an elephant (Bar Council President)? I now understand when it is said that money speaks. Anglophones forgot their interests; sold their consciences, betrayed their brother and mortgaged the Bar Council Presidency to Francophones. I’m not sure an Anglophone will get that office in the next ten years.”

Earlier, Barrister Ntumfor Nico Halle, was elected the President of the General Assembly. As soon as this happened, it was clear that Sama’s chances for re-election were scuppered. This is because there is a tacit agreement within the Bar Council which stipulates that, once the President of the General Assembly comes from one part of Cameroon’s linguistic zones (Anglophone, Francophone) then the President of the Bar Council must come from the other linguistic sector. Nico Halle floored his challengers with a total of 1,127 votes. The incumbent, Barrister Emmanuel Tang, trailed the winner miles away with 393 votes, while the third candidate, John Nsoh Fru, had only six votes.

Accepting his election as the President of the General Assembly, Barrister Nico Halle thanked his colleagues for their confidence, noting that his victory is that of the Cameroon Bar Association. “I am going into that supreme body of the association as a humble servant and not as a master. I know the task is challenging and daunting and I pray God the Almighty will stand by me,” he noted.  Maintaining that his colleagues, from the results of the election, had promised to stand by him, Halle said they must all work hard to maintain the integrity of the Bar. “My watchwords are transparency and accountability. The General Assembly will do everything to make sure that the rules binding the association are respected for the Bar to gain its lost position. We are going to clean the society of all decadence and, to do that, we must work in harmony with due respect to all the colleagues. “We must contribute our quota to nation building as well as join Government in the fight against insecurity, especially the fight against Boko Haram that is now diverting our resources that could have judiciously been invested in development endeavours. We will work hard to ensure that lawyers give their opinions on contemporary issues,” Halle told the press.  In the run up to the elections, it was widely speculated that Halle would, out of solidarity, support his ‘brother’ Sama. Ntumfor Halle was said to be under extreme pressure. Halle, himself, confirmed the allegations when, in an interview with The Guardian Post he said: “It is true I have been under pressure to run for the Bar General Assembly presidency… But I don’t act under pressure. The decision for me to run or not, will be decided at the assembly… But you know I am not a spoiler or someone who is wicked. Having played the key role to unite and reconcile Cameroon lawyers in 2012, which resulted in the election of Barrister Sama Francis as the Bar Council President, I should not again be the one to be seen as working against someone’s interest.”

Opposition to Sama’s candidacy for a second term began with the creation of a little known but highly vocal group dubbed “New Generation Advocates.” This group felt that they had been short-changed by the older generation of lawyers who have, over the years, monopolised the Bar. They vowed that, this time around, if they did not capture power themselves, their voices would be heard concerning the choice of those who would be elected into the Bar. The Bamenda-based group then crisscrossed the nation articulating their stance and projecting their candidate. All attempts to placate the ‘Young Turks’ were futile. Barristers Luke Sendze and Akere Muna – both former Bar Presidents and eminences grises of the Cameroon Bar, threw in their clout to endorse Sama. They failed. The young hawks howled for Sama’s blood.  Another group that wanted Sama out – at all cost – were Francophone lawyers. They worked surreptitiously but efficiently to oust him. Their argument: Anglophones had had more than their fair share of the bargain. Now was the turn for Francophones after Francis Sama and Eta Bisong, Anglophones, had headed the Bar in two consecutive terms. The message resonated with Francophone lawyers who massively supported one Francophone or other.

The outgoing Bar President has served the Bar for the last two years. He leaves behind an arguably impressive legacy. Sama, himself, maintains that for these two years, “the Bar has grown in leaps and bounds.” For instance, he acquired land for the construction of an ultra modern Bar Headquarters in Yaounde. He hosted the Pan African Lawyers’ Union in Yaounde with erstwhile South African President, Thabo Mbeki, as special guest. Sama boasts that he introduced the training of lawyers by the Bar Council.

One pet project Sama failed to accomplish is the creation of a Law School in Cameroon. However, as he steps down as Bar President, he should be consoled by the fact that the School is only a matter of time as the decree supposed to create the School has been crafted and is only awaiting the signature of the President of the Republic.