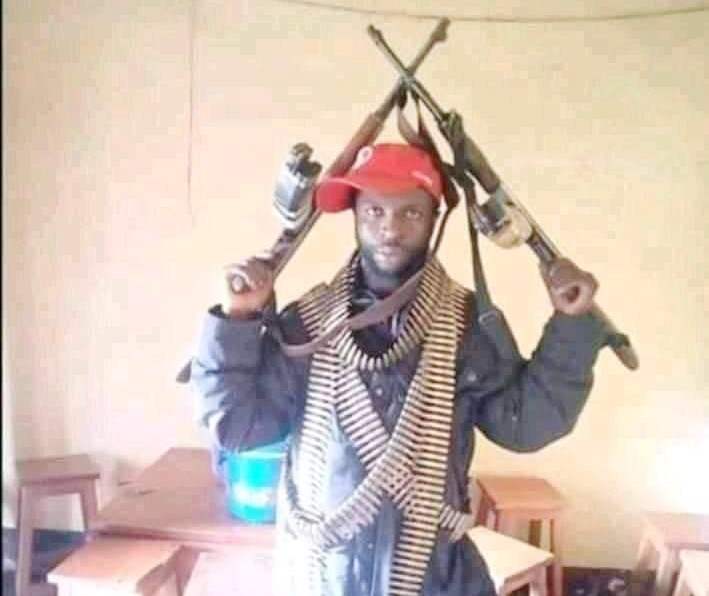 The dreaded ‘Ambazonia General’ of Bui Warriors, in the Northwest Region, Edwin alias ‘General Chacha’, has been killed. The news of his death was announced on January 26 around 1.00pm.

According to the information gathered by The Post, ‘General Chacha’ was the subject of discussion in the past few days. Close sources, who preferred to remain anonymous, said, as earlier as 3.00am on Sunday morning, the military crept around his base in Kikaikom, Kumbo.

Further reports indicated that before dawn, the military had been doing their work underground without the villagers knowing. Around 1.00pm, Sunday, he was killed and several houses around the Amba base were destroyed and burnt.

“We were sleeping and someone hinted me that soldiers were already in our village. They took everybody unawares. From my own point, he was gunned down not far from GBHS Kikaikom, a school that they had taken over as their base. It was a terrifying moment,” a source told The Post.

One man is reported to have died of heart attack after his son was taken away by the military.  The killed ‘General’ who was considered as the “Field Marshall of Bui Division,” is said to have been buried in a village call Kovlu.

In the meantime, his death has sparked a number of controversies. While some people say he was killed by the military, other sources claimed that he was found already dead. Going by the latter school of thought, he was killed by one of his close allies.

“It is not clear as to how he died, because, I am told that he was found dead. To me, either he was killed by his close ally or by an enemy within. He was very strong and no bullet could penetrate him,” a native Kumbo man said.

However, fear has continued to grip the population of Kikaikom and Kumbo in general, after 23 persons are said to have been killed by General Chacha and his group. Meanwhile, his death comes a few days after the new West and Northwest Army General, Brigadier General Valere Nka, warned Separatist ‘Generals’ and promised to crush ‘Amba fighters’, if they attempt to disrupt the upcoming elections.

Separatist fighters have vowed to disrupt the elections. They have warned civilians to stay indoors or face the wrath of their “warriors.”