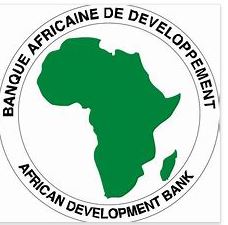 Cameroon will henceforth host the regional office of the African Development Bank, AfDB, for the Central African sub region.

This follows an agreement that was signed on July 3, at the Ministry of External Relations on the establishment of the Regional Development and Business Office of the African Development Bank for Central Africa.

The agreement was signed in the presence of members of Government, Heads of Diplomatic Missions and other authorities.

While highlighting the choice of Cameroon as host of the regional hub, Khaled said it is because the Cameroonian economy is advancing in wealth creation and general growth.

“For the past five years, we have seen Gross Domestic Product grow on an average of about four percent per annum and this is quite an achievement. So, our regional presence here is to signal that Cameroon is poised to be the country where the economy will grow substantially over the short and medium term to enhance the prosperity of the Cameroonian people in particular and the region in general,” he said.

Khaled said the Government of Cameroon has generously given a piece of land where there are already plans of building a complete complex for the AfDB Regional Office.

He added that they have a temporary premises in place but the Government has given them every facility to bring a large number of staff to Cameroon including the Director General.

“We plan to be in Cameroon over the long term and to work with Cameroon in any way we can to enhance development,” he stated.

The Minister of External Relations, Lejeune Mbella Mbella, said the regional office will boost inter-regional activities and development. The office, to him, will collaborate with countries in the sub region and the private sector to facilitate the implementation of developmental projects.

He also expressed the gratitude of the Government for the confidence bestowed on them to host the regional office, stating that Government will not spare any effort in promoting the activities of AfDB in Cameroon.   Meanwhile, AfDB actively started supporting development projects in Cameroon in 1972 with its first project being the sponsoring of the construction of the airport terminal in Douala.

Over the past 25 years, the AfDB has, going by information made public, made available about 3.4 billion dollar (FCFA 1,973 billion) in development aid to Cameroon and its people with about 41 operations currently on course, meant to enhance Cameroon’s development worth about 1.4 billion Euros (FCFA 918 billion).