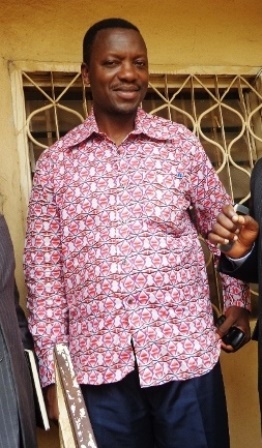 *Could Be Step To Appointing Francophone Registrar

The Cameroon Teachers, Trade Union, CATTU, has confirmed that the 2015 General Certificate of Examination, GCE, suffered numerous leakages and that rumours about the leakages almost marred the conduct of the examination exercise.

The CATTU stand is contained in a preliminary appraisal of the 2015 end-of-course examination organised by the Cameroon GCE Board.

The two-page appraisal issued on Friday, June 19, by the Executive Secretary General of CATTU, Wilfred Tassang, asserts that, besides the usual collusion by candidates, examinations run by the Ministry and the Office du BACC, went through without any major incident, especially the written phase.

The same situation, he went on, could not be said about examinations organized by the GCE Board.

“This year’s examinations created a lot of anxiety within the Board and among stakeholders, especially within the Teachers Union. Leakages and rumours of leakages almost marred the exercise.The GCE Board, however, was able to weather the storm as far as the eye could see. Ordinary level Commerce and Religious studies had questions changed and replaced.”

This, Tassang continued, did not stop the wild rumours of leakages on almost all the subjects at the Ordinary Level.

Before the release of the CATTU preliminary appraisal of the 2015 end-of-course examination organised by the Cameroon GCE Board, there were already glaring evidences that the examinations were leaked. Instances to buttress this point abound.

Three students were caught red-handed in GBHS Nkambe accommodation Centre in Donga Mantung Division. The said students had answers to Mathematics ‘Paper One’ written behind their timetables. One of the students interrogated, disclosed that the answers were texted to her by her sister, who is a Seamstress in Yaounde.

According to the student, the said sister had written the exams the previous year in GBHS Nkambe and failed.

The second student who was caught and interrogated was a Lower Sixth student, who was re-writing Mathematics. He disclosed that the answers were texted to him by his brother who is a science student at the University of Buea.

The third culprit caught with Mathematics paper one answers, revealed that the answers were given to him by someone at the Guarantee Express Bus Agency.

On why he wrote the answers behind the timetable and not on a sheet of paper, the candidate said by the time he was given the answers to the leaked questions, he had no other piece of paper apart from the timetable.

The Chief of Centre and the GCE Superintendent got these confessions written by the students in their own handwriting. The confessions and an accompanying report were forwarded to the Headquarters of the GCE Board in Buea for appropriate disciplinary action.

The candidates were also expected to furnish the Chief of Centre with the telephone numbers that forwarded text messages containing the answers to them.

Before the start of the second week of the written part of the exams, some question papers such as Commerce and Religion that also reportedly leaked, were hurriedly replaced. Reports are also rife that English Language also leaked.

Observers strongly hold that the origin of the leakage that apparently spread nationwide because of the new information and communication facilities is Buea. Some people are of the opinion that the entire examination should be cancelled and administered afresh in order to maintain the credibility of the examination and that of the GCE Board.

As investigations into this worrying situation continue, it is expected that all those involved in the scandal would be rounded up and made to face the law.

According to CATTU, the following facts must be taken seriously; (1) that the examinations suffered leakages,

(2) that there were rumours and leakage scams all over the country,

(3) that hundreds of mobile handsets were confiscated from candidates containing what is supposed to be questions/answers to various subjects,

(4) that candidates were caught in examination rooms with these handsets; one was allegedly caught mailing portions of translation passages and receiving translated texts from one of the mobile telephone companies,

(5) that it has been determined that several, if not most of these text messages, were scams, false alarms,

(6)that all leakages and scams are O/L General subjects. Advanced Level General and Technical examinations were not affected,

(7) that the Technical service of the GCE Board has been found once more wanting in this matter.

The Executive Secretary of CATTU said the current mess in the examinations has its place in the general conspiracy to destroy the Anglophone Sub System of education.

The CATTU Scribe fears that, “there is a serious attempt going on to sabotage and destroy the Cameroon GCE Board. The extent of the leakage and the wild circulation of purported leakages is a pointer to this.

As such, we are tempted to think that insiders are responsible for this outrage. There must be some disgruntled people working within the system and probably highly influenced by some hidden wicked external hand.

“We want to bring our fears to the notice of the general public that some authorities in Yaounde have vested interest in withdrawing the Board or handing-over its management to Francophones.

A name has been circulated. This kind of mess will surely give such people justification to do what they want to do.On this issue, the Teachers’ Union declares that the position of the Registrar of the GCE Board cannot be held by any one East of the Mungo, even if he/she has studied in the Anglophone Sub System of education, “Tassang said.

The Teachers Trade Union appeals to the GCE Board, the police, and the entire justice apparatus to bring these culprits of leakages and scams to book; else, “our certification system will suffer a serious damage.”

On the marking of the GCE, Tassang said the Registrar has allayed all fears about out-of-station allowances for this year’s marking exercise.

According to him, the Board said it has already received the money from the Government. But the CATTU Scribe suggested that it would be proper for the Board to make amends for last year’s delay by paying markers on the spot, like before.

On Basic Education examinations, the CATTU Secretary General said it would appear that, because of some changes at the First School Leaving Certificate this year, which teachers were not adequately prepared for, with some subject areas suffering mergers and where music was tested for the first time as a written paper, candidates and teachers were all wanting.