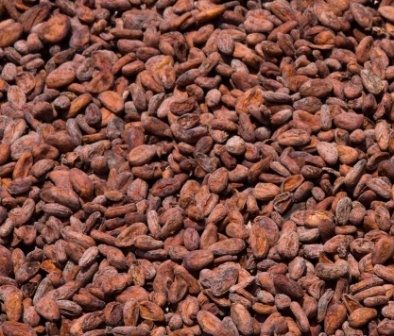 Cocoa oven contractors awarded deals to manufacture 25,000 modern cocoa driers in the Southwest Region and Moungo Division in the Littoral have appealed to Government to relieve them custom duties.

The appeal comes in the wake of recent warnings from the Minister of Trade, Luc Magloire Mbarga Atangana, that any delays in the delivery of the ovens to farmers will be sanctioned.

While launching the 2016/2017 cocoa season in Konye recently, the Minister said there was need for Cameroon’s cocoa quality on the world market to regain a prime spot.

Speaking to reporters in Kumba recently, one of the contractors, Emmanuel Mbui, said some of the major obstacles to the realisation of the project is the scarcity of construction materials.

Mbui said contractors spend a great deal of money to import the raw materials from China.

According to the contractor, customs duties paid on the imported materials add to the problems they would face in manufacturing the ovens.

The companies have been banned from executing any project for the next two years.

Ets Njie and Son’s Enterprise suffered the same penalty for failing to beat the deadline in Lot 15 covering farmers around Muyuka in Fako Division.

Also fired out of the cocoa oven project is Vianney’s Service based in Yaounde. The company also failed to deliver modern ovens in Lot 10 covering Ndiongo in Konye Subdivision. The fourth company sanctioned for the same reason is Ets Mbayaro that was awarded Lot four covering Mbonge Marumba area.

Updating reporters on the state of the project two years after it was launched, the Project Coordinator, Joel Atangana, reiterated that before November, the ovens should already be in use in Fako and Meme Divisions.

Atangana said instead of previous plans to rehabilitate the old ovens, Government has opted for a complete construction of new ovens.

With the Ministerial sanctions already announced, Atangana said procedures have been engaged to award the lots to competent contractors who will deliver the ovens on time.

He told reporters that there will be an increase in the thickness of five millimetres in the measurement used to construct the ovens.

After the construction, the Coordinator said a smoke test will be done to certify that cocoa dried using them will beat competition on the world market.

With over 30 percent of the first phase already executed, the Coordinator said field motorcycles have been purchased to ensure that workers visit the farms that will host the ovens.

A commission to validate the ovens when constructed will include representatives from the funding agency, the farmers, Ministries of Trade, Public Contracts, and quality controllers, among others.