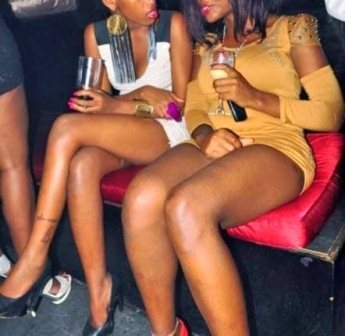 The Northwest Regional Capital, Bamenda is in a state of panic, after some professional sex workers openly confessed of having infected many pastors, drivers, police and gendarmerie officers with the virus.

The stunning confessions were made recently at the Adeh Metal neighbourhood in Mankon, Bamenda, during a workshop that was organised for youths by an international human rights organisation that champions the fight against gender-based violence in Cameroon and beyond.
The one day seminar was organised under theme: “Training and Engaging Adolescents Against New HIV Infections and Surviving the Infection”.

In a confession in front of over 100 youths, a 30-year-old lady, whose name has been withheld for professional reasons and for fear of stigmatisation said; “When some of us discovered that we were contaminated more than 10 years back, we joined the team of infected prostitutes.

Our target groups were pastors, forces of law and order and drivers, who we identified as our faithful and regular sex partners because they pay very high, but they are very impatient and rough during the exercise.

We have also noticed that drunken men, especially the forces of law and order, pay without hesitating to avoid public disgrace and those who are married plead for us to conceal their identities whenever and wherever we meet them.”
According to the prostitutes, their anger stems from the fact that those who contaminated them can never be traced. As such, any victim who wants to pay very high and prefers to go “live” must have his share of the virus.

After the confession, the 30-year-old wept profusely and pleaded for forgiveness. The lady said “I am now a new woman because I’m no longer in “active service” in the oldest profession.
“I left the club of those who are infecting these men and started taking my anti-retroviral drugs two years ago. I am warning young people not to fall prey to sugar mummy or daddy. Know your HIV status before you engage in any sex activity or abstain until you and your partner are tested negative,” she averred.

Meanwhile, officials from the international NGO Women In Action against Gender Violence, WA-Cameroon, revealed that there are seven new HIV infections in every minute in Cameroon.
According to them, their organisation is fighting hard to reduce the HIV/AIDS prevalence rate by 2030.
The workshop was sponsored by Positive Action for Children Fund, PACF.