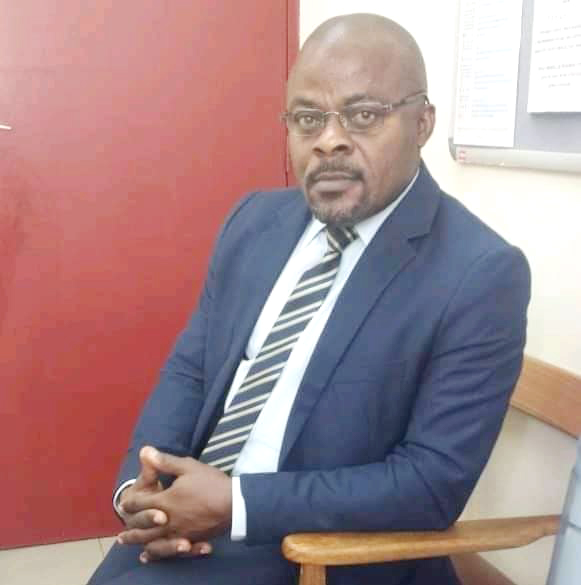 The newly appointed Manager of the Department of Public Relations, Communication, Translation and Interpretation at SONARA, Divine Ebong Pende, says he is not coming into that Department to do what has never been done, but rather, he is simply going to continue with the effective communication policy of his predecessor.

According to him, the communication policy put in place by his predecessor, which he was a part of, has produced palpable results and that whatever he is going to change will simply be to inject a new impetus into the Department. Ebong Pende was, however, quick to add that corporate communication today in the world is experiencing a paradigm shift and requires aggressive and proactive approaches to issues to readily tackle inevitable challenges.

The new Communication boss of SONARA thanked SONARA’s General Manager, Jean Paul Simo Njonou, his (Pende) wife and kids and above all God for his new appointment. He also extended his gratitude to his predecessor, Blasius Ngome, for the formidable job he did while heading the Communication Department. Beaming with delight and feeling invigorated ahead of his new task, Ebong Pende was upbeat that his collaborators and he will deliver the goods…read on

Congratulations on your new appointment. What do you make of this mark of confidence showed on you by the SONARA General Manager?

I feel particularly happy and privileged to talk to The Post Newspaper over my recent appointment. First and foremost, I would like to express my gratitude to the General Manager of SONARA, Jean Paul Simo Njonou, for this high mark of confidence bestowed on my person, by appointing me to head the Department in charge of Public Relations, Communication, Translation and Interpretation of our company. I also wish to thank my wife and kids for their moral support. I am happy this has happened because it is the legitimate right of every worker to aspire for a promotion, I am no different. Today that has happened, and I am immensely thankful to God for his authoritative intervention.

So what are your plans vis-à-vis the tasks assigned to you?

I would like to say that I am not coming to do what has never been done before. I was part of the vision that was put in place by my former Communication and Public Relations boss, which system was quite effective and produced results. It is more of continuity. I think any change that may come in will simply require me to inject a new impetus for a facelift. One thing we should admit is that the paradigms have changed, communication, especially in the corporate world today, requires an aggressive and proactive approach to issues, to readily tackle inevitable challenges that may crop up at any given time, because things go very fast these days, especially with the presence of the social media. Corporate communicators, therefore, need to be alert and ready at all times, to go the remedial proactive way. Over the years, SONARA has had a good relationship with the media, as a trained Journalist and Corporate Communicator, one who knows the powerful effects of the media (whose authoritative influence not even the social media can overcome), today, SONARA’s relationship with the media is expected to be stronger and firmer. My team will equally work towards enhancing our corporate image since the process of image building is a continuous one. Our department also has to promote bilingualism within the corporation as much as possible, so we shall work towards that with rigour, given that the concept of bilingualism in Cameroon today, has moved to a higher level of intensity, and SONARA being a state-owned corporation and the backbone of the economy of Cameroon, I think it is incumbent on us to treat this aspect of our task with greater preponderance.

What is your appraisal of the work done by your predecessor?

Regarding your question on my appraisal of the work done by the former boss of the Public Relations, Communication and Translation, I would candidly say that much was achieved and this was hugely due to his convictions and the wealth of professional experience he had in this domain. For over 20 years, he has proven his mettle especially in the area of Public Relations, PR. My team and I are simply going to forge on with what is in place, we could no doubt, when necessary, come in with mechanisms that we think could help beef up our communication and PR strategy.

What last word do you have for our readers?

I would like to once more extend my deep gratitude to the media that has always recognised me as part of theirs, and which is showing signs of a bigger relationship with SONARA through me in the years ahead. I have worked in this department for 15 years running, so I am very much conscious of the task that awaits me as I take up this sensitive position of corporate communicator and image builder. I trust God will give my collaborators and I the needed wisdom and energy to accomplish the mission that is henceforth ours.