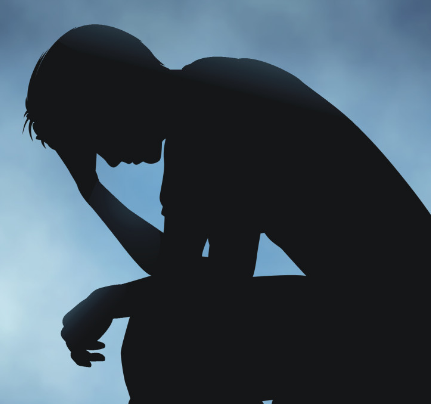 Are you persistently sad, lack interest and capacity to accomplish daily tasks for more than two weeks, you can consider yourself depressed.

If you also have the feeling of guilt, uselessness, trouble with sleep and appetite and losing weight, having difficulties to concentrate, talk about it and seek medical advice, because, you are depressed.

The principal causes of depression are the loss of a dear one, poverty, joblessness, physical illness, abusive consumption of alcohol and drugs, besides violence and war.

Within this precinct, Dr. Jean Baptiste Rougou, WHO Cameroon Representative says depression is a reoccupying health problem, particularly in Cameroon, Africa and the world.

He made the statement during the commemoration of the World Health Day on April 7, also the date of the creation of WHO, at the Yaounde Hilton Hotel.

The day, celebrated under the theme; “Depression, Let Talk,” was chaired at by the Minister of Public Heath, Andre Mama Fouda, in the presence of the health family.

According to Rougou, attributed to witchcraft and spiritual practices, cases of depression are on the rise which makes it a public health problem.

He quoted the message WHO Regional Director, Dr. Matshidiso Moeti, that, “depression, which is a major cause of incapacity, affects about 332 million people the world over, with about 30 million in Africa”.

“We are all exposed to the risk of depression which touches every person in all ages. Stigmatisation and fear of social isolation prevents those affected from going for treatment…” Moeti said.

She maintained that it is essential to identify depressive episodes from the beginning so as to avoid transformation into a chronic disease.

Depression leads to suicide which, is the second cause of deaths in the world in young people between 15-29 years, varies in age and is more acute between 55-74 years.

Dr. Felicien Ntone Enyime, psychiatrist, one of the few five for the 20 million Cameroonians, depression, which is multifaceted, affecting both the mental and physical would need the more general doctors to provide the needed care.

He equally said, to come out of a situation of depression, there is need for community services besides physical exercise, taking regular walks to sweat out depression.

WHO is helping with the Global Action Programme and intervention guide and the Global Mental Health Action plan 2013-2020 to increase and improve healthcare services for people with mental disorder, by training health workers who are not specialists in mental health to give care.

The world health body therefore urges governments to allocate more human and financial resources to support mental health programmes to respond to the growing burden. Governments also need to include mental health in national agenda in line with the Brazzaville Declaration on non-communicable diseases outlining the steps on how to achieve this.

Celebrating 55 years in Cameroon, WHO counted achievements such as: support to Government and ameliorating the health of the population, rehabilitation of health systems in Garoua, digitalisation of the health card, construction and equipment of a maternity in Bafia, blood banks in 10 health centres, vaccination and polio eradication, support to emergency units, fight against neglected tropical diseases, malaria.

However, the challenges for WHO are numerous; regaining confidence of the population in health systems, closing the gap in the distribution of health personnel and add vigour to routine vaccination, among others.

WHO projects to encourage HIV/AIDS treatment for all, reinforce capacity in the prevention and response to emergencies and disasters, fight malaria, tuberculosis, mental health, maternal and infant mortality, among others.