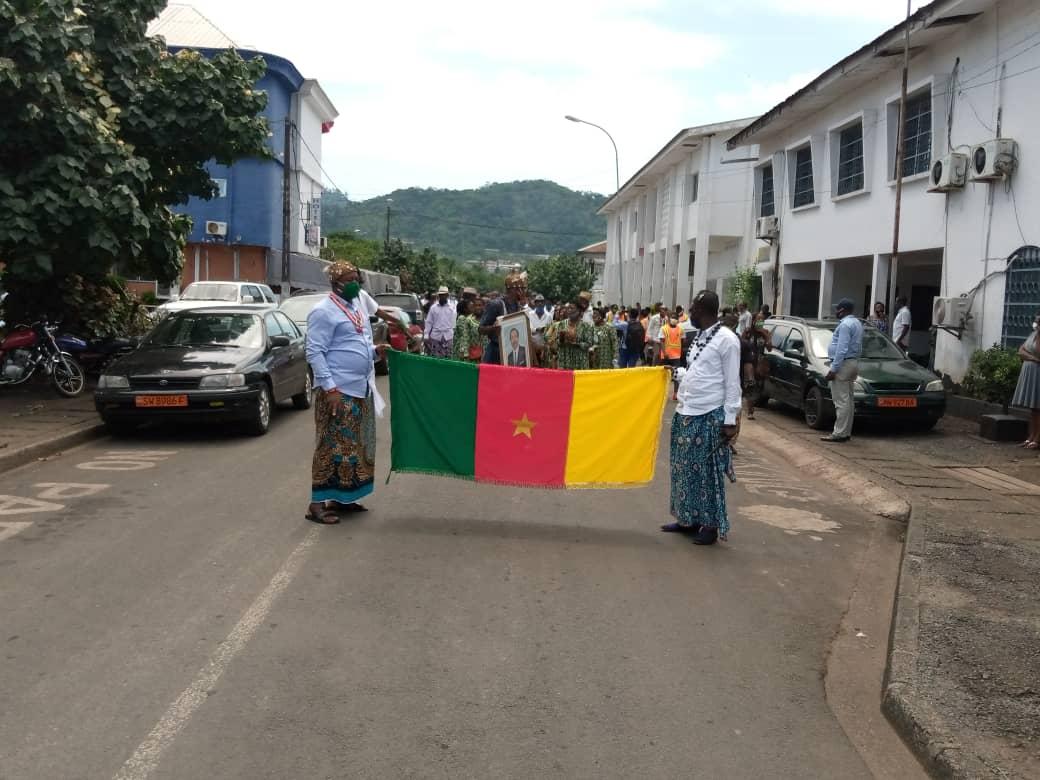 The Chiefs of Fako Division, led by HRH Chief Njike Kombe Richard, on Thursday, May 14, joined their voices to the rest of the people of the Southwest Region to thank the Had of State, Paul Biya, for having given them a deep seaport at last.

On Tuesday, May 5th, President Paul Biya signed Decree No. 2020/249 of May 5th, 2020, re-organizing the structures of the Limbe Ports Authority whereby it accorded it the status of an autonomous port. As per this, the Limbe Port will, in no distant time, have a board of Directors, a General Manager and shall be autonomous it is management from the other ports. This new status means the Port has to be constructed to function as a full fledge port with a deep seaport terminal.

“We want to thank the President of the Republic, HE Paul Biya for the Decree he signed bringing forth the Limbe Autonomous Port. We know that this decision has been long awaited. Some people have even died without haven’t seen it. That is why we are before you today to thank the Head of State through you, Mr SDO.”

The above was a summary of the ‘Thank You’ message submitted on Thursday, May 14, by Fako Chiefs led by Chief Njike to the Senior Divisional Officer of Fako who was being represented by his First Assistant, for onward transmission to the Head of State.

Before the submission, the Chiefs had a press briefing with the media where they took some questions. In response to one of the questions, the Chiefs insisted that Fako was the host of the dee seaport and they will not be ready to have a situation where the management of this port shall be led by indigenes from other parts of Cameroon. They insisted that the Anglophones from the Southwest and Northwest Region have capable and very qualified children who can be appointed to manage the port.

The Chiefs were answering to an early request that had been made to the MPs and Senators of the Southwest where the population urged that the Government should give priority to the youths of the Southwest and Northwest Regions when it shall come to recruiting workers to work in this facility.

They, nonetheless, reiterated their appreciation to the Head of State for creating the deep seaport. They held strongly that it shall lead to the creation of more jobs that will absorb the huge number of unemployed youths in the two Anglophones regions as well as those from other regions of the country. But they, again, strongly decried what they said has been the marginalization of Anglophones in the employment of workers at SONARA which is located in Limbe, Fako Division. They argued that though the National Oil Refinery is located in Fako, they, as Anglophone barely have a few of their children there even though, as they held, “we are the host.” “We don’t want a repeat of what has happened in the case of SONARA,” they insisted.

“The Head of State, and the people who matter up there, know that this is our thing. It is not that people from other regions will not be there; everybody will be there. There is a Deep seaport in Douala and Kribi. We, here, have not crossed to go over there to know who is there. This one is ours. What we the Chiefs are saying is that the people of the Southwest and Northwest should be given priority here.”

The Chiefs sealed their ‘Thank You’ gathering with a call by Chief Otto Molungu Elive of Batoke for their subjects to continue to respect the preventive measures prescribed by the Government and other bodies in the ongoing fight to stem the spread of the Covid-19 pandemic. Chief Lyonga Samuel moderated the proceedings of the gathering.