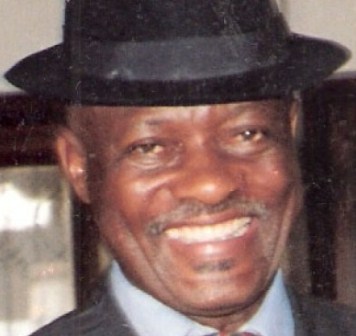 The Post: What is the genesis of the FCFA as a common currency in many African countries?

Despite the so-called independence, France succeeded in maintaining this colonial currency in many of her former colonies, the reason being that stooges and bootlickers were forced on the newly independent countries and in some cases – like Cameroon – at the expense of those who fought for liberation. In the early 70’s (1972 in Central Africa and 1973 in West Africa) new agreements were passed between France and the African countries using the FCFA.

This is how the BEAC and the BCEAO were created, each issuing a FCFA different from the other. Equatorial Guinea, a former Spanish colony up to 1968, joined BEAC in 1985, while Bissau Guinea, a former Portuguese colony joined BCEAO in 1997. In a nutshell, the FCFA is a neo-colonial currency. Read Kwame Nkrumah: “The essence of neo-colonialism is that the State which is subject to it is, in theory, independent and has all the outward trappings of international sovereignty. In reality, its economic system and thus its political policy is directed from outside.

The methods and form of this direction can take various shapes. For example, in an extreme case, the troops of the imperial power may garrison the territory of the neo-colonial State and control its Government.

More often, however, neo-colonialist control is exercised through economic or monetary means. The neo-colonial State may be obliged to take the manufactured products of the imperialist power to the exclusion of competing products from elsewhere. Control over Government policy in the neo-colonial State may be secured by payments towards the cost of running the State, by the provision of civil servants in positions where they can dictate policy, and by monetary control over foreign exchange through the imposition of a banking system controlled by the imperial power.”

What are the advantages of this currency?

What are its disadvantages?

Read the following excerpts from the official document “Cameroon Vision 2035”, page 56: “It is certain that the linking up of the FCFA to the Euro ensures a fixed parity which prevents economic disorders and ensures international credibility; however, there are two great handicaps thereto: First of all, it deprives Cameroon of a major economic management tool, the monetary policy, which is a considerable handicap for the appropriation of a strategic policy of self-development.

Then, linking to the Euro, a currency which itself has turned out to be not too flexible, brings about the permanent over-valuation of the FCFA, and consequently a slowdown of exporting alongside a high cost of importing, which considerably cuts down on the competitiveness of the national economy.”

What is the way forward with FCFA, according to you?

During the 2011 Presidential election, as candidate, I proposed that Cameroon withdraws from the FCFA, create her own currency, and seek the African unity in the framework of the United States of Africa with a unique currency as Kwame Nkrumah said in 1963 in Addis Ababa.