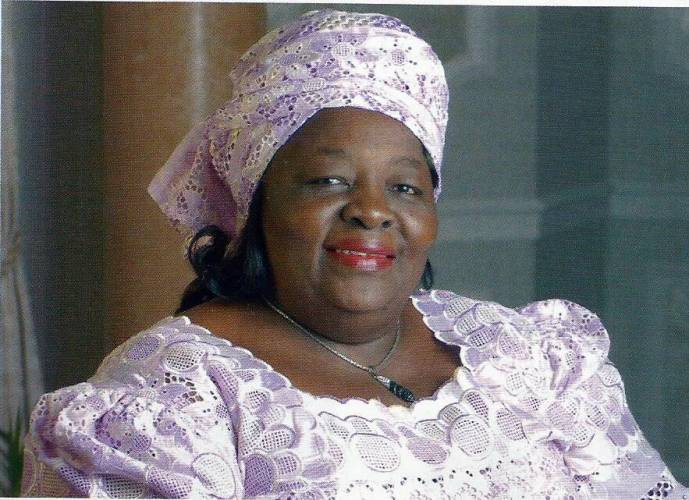 Manoeuvres by elites, Councillors and militants of the Cameroon People’s Democratic Movement, CPDM, to succeed late Françoise Foning as Mayor of Douala V, have split the party in Douala.

The militants of the party have been divided on acrimonious tribal lines.

This political infighting and witch-hunting erupted barely a few days after the late Foning was interred in her native Baleng-Bafou in the West Region.

According to the law, a new Mayor for Douala V was supposed to be elected within the period of 60 days, following the death of the Mayor. But since the late Mayor was one of the pillars of the ruling party, the CPDM regime had to delay the election until after her burial.

Unlike the other four municipalities where the indigenes are Doualas, the indigenous population of Douala V are the Bassas, but the Bamilekes constitute the majority of the entire population of Douala V. With tribal politics taking a toll on Douala, it is near impossible for any party to win an election in Douala V without the Bamilekes. This explains why, since the creation of the Douala V Council, successive Mayors have all been Bamilekes.
But Foning knew how to solve the indigenous equation. For instance, after the September 30, 2013 Municipal elections, she offered the Bassas the posts of 1st and 2nd Deputy Mayors.

The Council’s budget for 2015 is FCFA 4.9 billion, almost double that of the Bamenda City Council, which is below FCFA 3 billon. The Douala V Council is made up of Councillors from the CPDM, SDF, MRC, UPC and PADDEC.

Warring Camps
According to the law, all Councillors in the Douala V Council will take part in the election of the new Mayor. Voting will be done by secret ballots. But with the CPDM being the majority, the Mayor will certainly come from that party and there is no doubt that the CPDM hierarchy will decide on who should be the party’s candidate.

Individuals and groups interested in the position have been lobbying secretly through the CPDM Central Committee Secretariat.
The Post gathered that there are three tribal camps in the CPDM currently campaigning to succeed late Foning.

There is a Beti Camp led by Marie Louise Ngono Nlomo Obama, 5th Deputy Mayor and Marceline Zogo, an Alternate Senator and Councillor of Douala V. The two Beti women were the closest female collaborators Foning had before her demise. The Beti duo argues that the late Mayor should be replaced by another woman.

There is also the Bassa Camp, led by the 1st and 2nd Deputy Mayors, Gustave Ebanda and Benoit Som, respectively. The main argument of the Bassa Camp is that, since the creation of the Council, no indigene has ever been Mayor and thus, it is their turn to rule. Bassa journalists and pro-Bassa media organs in Douala have openly joined the campaign.

Foning’s Son Leads The Bamileke Camp
The third tribal group lobbying for the Douala V hot seat is the Bamilekes. According to them, political fairness demands that the vacant post left by Foning, should be filled by another Bamileke.

Some Bamileke CPDM elite in Douala and Yaounde have reportedly cautioned the CPDM hierarchy that many Bamileke CPDM militants in Douala V may cross over to the SDF, if the post is taken away from them.

Even though the Bamilekes want to retain the position, they are divided among themselves over who should be Mayor. Some want Foning’s son, Salomon Tsobgny, who is a Councillor to replace his mother, but others say the Mayoral position of Douala V is not hereditary.

Retired DO Guns For Mayor Post
Another Bamileke, who has been presented as the persons with the best credentials to succeed Foning is Jeanneaux Tamandjo, a retired Divisional Officer, DO. But the problem with Tamandjo is that his presence at the Douala V Council has remained a subject of controversy between the opposition parties and the CPDM majority.
Tamandjo last served as DO for Douala V, and retired in April 2013. He was often accused by local officials of opposition parties as being more of a CPDM militant, than an administrator.

According to the law, Tamandjo was supposed to stay for at least six months before militating in any party, but in July 2013, Foning put his name as candidate on the CPDM list for the 2013 Municipal elections.

Opposition parties strongly protested to ELECAM and called for the CPDM list to be rejected, but ELECAM snubbed their call and Tamandjo became a Councillor.

Another, Paul Guimezap, a Bamileke business magnet is also clamouring for the vacant post. However, as the political pendulum continues to swing, the population of Douala V are anxiously waiting for a successor, who will meet the development needs of the local population.