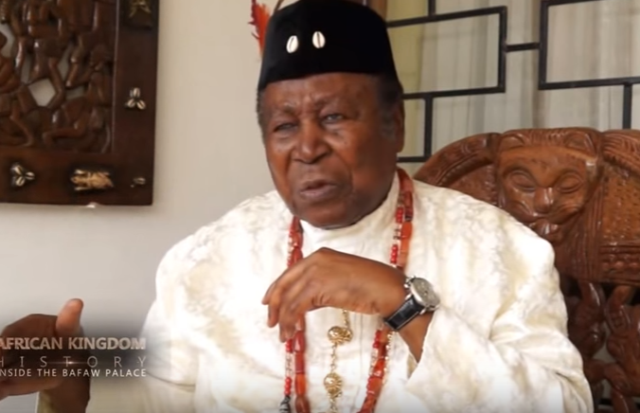 
The Kombone Bafaw Palace of Cameroon’s eldest Senator, Nfon V.E Mukete, in Konye Sub-division, Southwest Region has been attacked by unknown men and some royal properties reportedly looted in the process.

A source in Konye Sub-division, confirmed to The Post that the gunmen stormed the Palace, shattering the windows and making away with valuable material.

Our source said the gunmen are suspected to be members of the separatists’ Ambazonia Defence Forces.
The Kombone Bafaw Palace of the revered traditional ruler and Statesman is often used for occasional purposes when Mukete sojourns to Konye Sub-division.

It is undoubtedly the most expensive house existing in the village located along the Kumba-Mamfe Road axis.
A few years back, Kombone Bafaw received a facelift as it hosted the annual cultural festival of the Bafaw tribe tagged ‘Mbum Bafaw’.

However, the main Palace of the Paramount Ruler of the Bafaw tribe is found in Kumba.

The attack on the palace is not the first in the Northwest and Southwest Regions, since the current social pressures assumed a deadly posture.

Across Konye Sub-division, most traditional rulers have escaped their villages citing threats to life. The first arson on palaces was recorded in Etam, Tombel Sub-division.

Gunmen attacked the locality early this year setting it ablaze and brandishing a coffin.

Months after, similar attacks on secret traditional establishments were recorded in Nguti and across Lebialem Division .As at press time; attempts to get reaction from the Kumba Palace on the incident were unsuccessful.