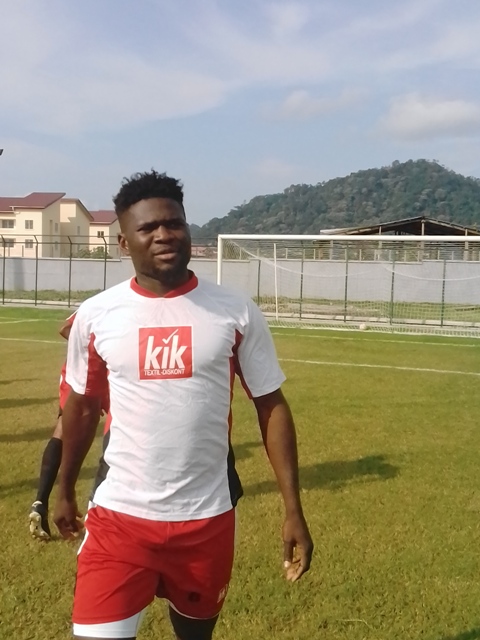 Ndip Tambe Gala match was a one to remember for the local fans who had turned out to watch pure footballing spectacle as Friends of Robert Ndip Tambe took on Southwest Selection at the Middle Farm Stadium on Friday, June 30.

The encounter that pulled out a huge crowd of the Limbe football lovers in particular and around the region, was full of fire and steam and also entertainment from both ends of the field.

With just some few minutes into the end of the first segment, it was Sebastian Siani who leveled tally after converting a superb cross from Ndip Tambe from the left flank to make it 1-1 before both size go on recess.

Just like the first segment, play will resume with the local players showing some determination to carry the day.

However, their will to win the game was subdued when indomitable Lions’ striker, Robert Ndip Tambe gave his side the lead after scoring from a close range.

His goal eventually gave his side a 2-1 victory over the local selection.

Speaking after the game, Ndip Tambe expressed his gratitude to the Limbe population and lovers of football who came from far to be part of the gala match.

“The purpose of this game was to bring my friends together and also the population of Limbe.

Seeing the turnout today for the encounter, I am very happy and satisfied.

It was also so much joy playing alongside other professionals who started their career in the Southwest Region just like I did,” Ndip said.