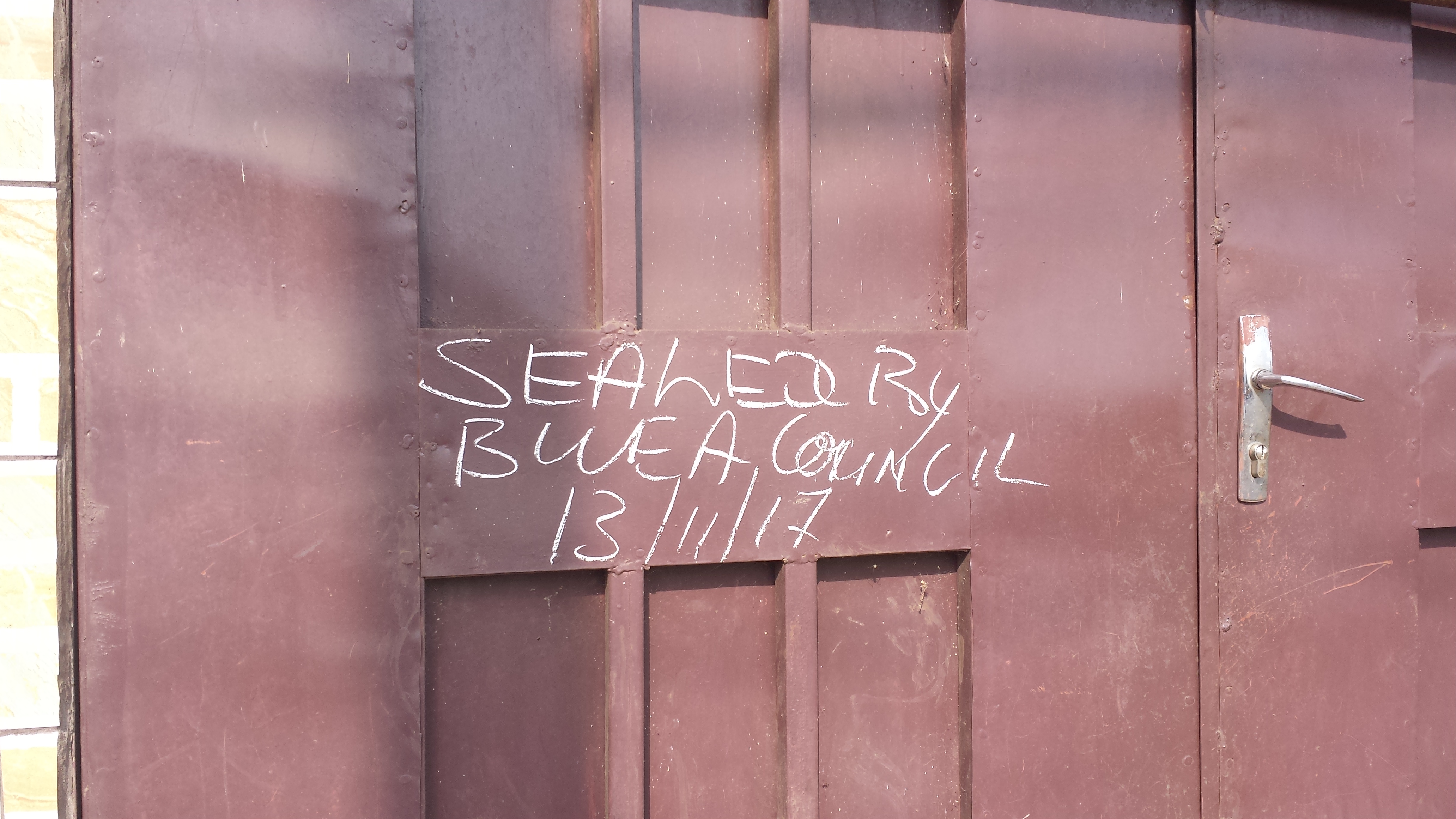 The Buea Council has placed a seal on the offices of MTN Cameroon, NEXTTEL and Orange Cameroon branch offices in Buea, Southwest Region, for heeding to ghost town calls, which have persisted in the Municipality for close to a year now.

The seal on the Buea branches of the Telecom networks was put on November 13 by the Council’s officials who moved from shop to shop sealing every one that was not open.
Many of the company’s customers who visited the offices to have their mobile telecommunication issues solved were left stranded outside.

A shop owner, whose name we withhold for fear of reprisal, recounted how she got the news sealing her shop.

“I have not been in town for over a week now. I was out for a burial in the village and I was only called by my neighbour on Monday who informed me about it. I could not come to the shop sinceI was not in town. But I have decided not to respect the seal because I don’t have any agreement with the council.

I have a pile of documents showing my regular patent payment. I have said it time and again that, if they want me to open my shop [during ghost town], I will provide a document for them to sign. This will spell out that in case of any arson, they will take responsibility. I can equally decide to lock up my shop for a month that is not their business,” she ranted.

Another manager of a company in Buea, who refused to make known his identity for fear of the unknown, found it hard to come to terms with the reason why their company should be sealed without a notification letter.

“We are seriously affected by the seal; this is a company that deals directly with the customers. If we are locked, it means the customers we serve will be frustrated,” he said.

A shopkeeper explained that he was told that the Council has sealed some shops, but he came back to realise that his shop was not affected.

“All I can say is, I don’t have any business with them. The only people I can listen to are the taxation officials to whom I pay my tax. No one else!” he boasted.

The Post was informed by one of the shopkeepers whose shop was sealed, that they are expected to write an application to the Council requesting the officials to open their shops and later on sign an undertaking that they will not heed to any call to respect ghost town.

Hitherto, when the drums for ghost town were higher, the Council, through the Mayor, Patrick Ekema Esunge, bought over 20 township taxis to frustrate the taxi drivers who respected ghost town.

In another effort, the Council issued a notice, in May, demanding of fruit sellers at the Mile 17 Bus stop to cease respect to respect ghost town. To the Mayor, it is a breach of contract, and in the communiqué,the Mayor considers the respect of ghost towns as an act tantamount to treason against the State.