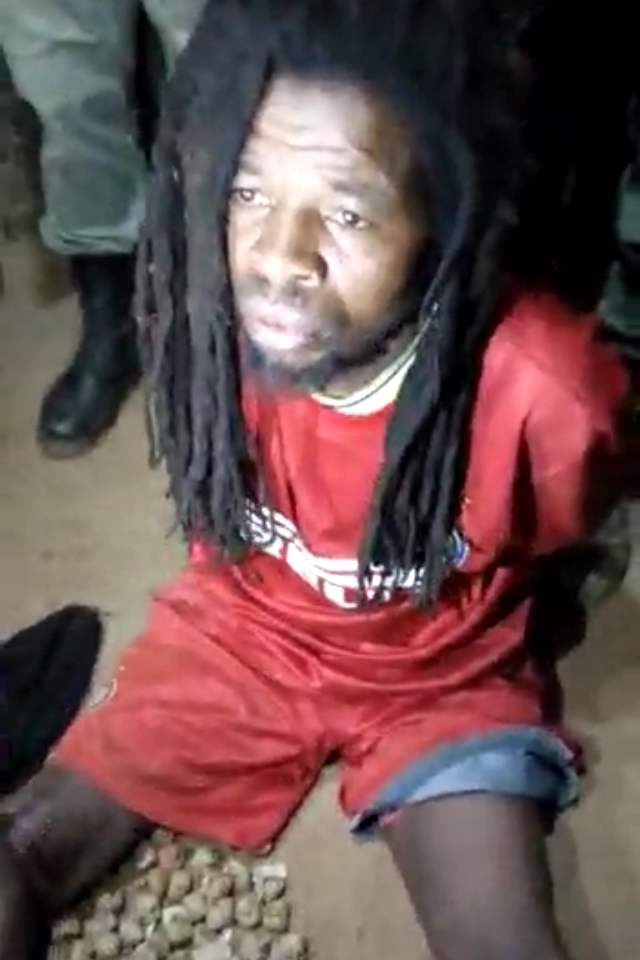 A video making rounds on the social media, showing Gendarme officers torturing suspected aiders or orchestrators of attacks on officers has reportedly ended with the brutal assassination of the suspects.

The video, whose setting could not be deduced, except for the mention of Fundong by one of the suspects under torture, is trending on the social media. Gendarme officers in the video, whose faces were not shown, except for half of their uniformed bodies, could be seen questioning and torturing two handcuffed men.

The victims, one of whom was referred to as Samson, dressed in a red T-Shirt and red shorts, wearing dreadlocks, was on the floor with broken and bleeding limbs, beside numerous little brown wrapped papers containing some substance which he (Samson) confessed was tobacco that he sells, but are suspected to have aided or had knowledge about attacks on gendarme officers.

In the video, the said Samson was tortured and interrogated on the role he plays in the attacks of gendarme officers and the whereabouts of their guns. The said gun was seemingly not found in the place where he was captured.Several times; he refused any knowledge of the attacks of gendarmes. He also refused ever having or using a gun. He said all he knows and does is selling ‘tobacco’ which were carted from his house and brought out to where he was tortured.

His grilling was accompanied by cries in agony as he was being flogged and maimed. Throughout the video, the said Samson denied accusations levelled against him, as he spoke with a mouthful of blood oozing out as a result of the torture being administered on him.

In the video another suspect dressed in a red dress and Jean trousers, whose name wasn’t mentioned throughout the video, was shown, answering questions and giving details on the said attacks on gendarmes. He confessed that he knew about the attack and did not participate in it. He went further to say that Samson, the other suspect also had knowledge about the attack and that those who attacked the Gendarmes were four in number.

In his own version, Samson’s co-suspect said Samson had earlier boasted that if shot, the bullets wouldn’t penetrate him, because he had a traditionally made talisman that makes him bullet proof. As he narrated his own version with guns pointed over his head, blood in the mouth and streams of clotted blood that ran from his nostrils to his body, he made confessions that tend to incriminate his co-suspect.

Also in the video, several gendarmerie officers could be seen, making frantic efforts to videotape the whole process and also threatening to shoot the suspects, if they didn’t tell them what they wanted to hear. The video is preceded by a photograph of the dead suspects, lying in their pool of blood.

The gory pictures of the dead twosome has surfaced amongst the pictures circulating on the social media, asking people to identify and take the corpses for burial as they had been abandoned at the Bamenda Regional hospital. It is alleged that the corpses, said to be five in number, cannot be kept in the morgue because of their very bad state.