May 19, 2020 features, Hon. Lifaka, Reconstruction of Northwest and southwest 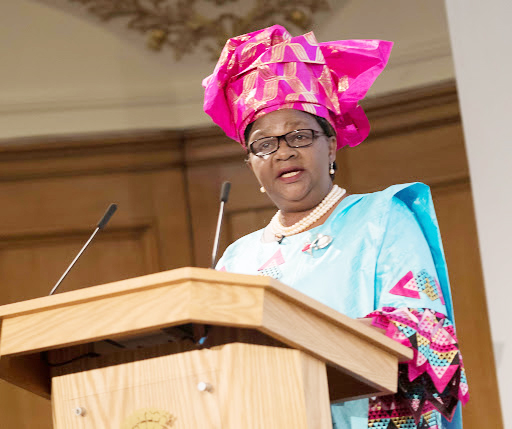 The Government of Cameroon is beginning to come to terms with the painful reality that its policy of trying to put the ‘cart before the horse’ in its reconstruct drive of the war-ravaged Northwest and Southwest Regions cannot work.

“We are all aware that the Head of State has put in place the National Committee for the restructuring of the two Regions. That Committee cannot effectively work if we do not enjoy total peace.”

These were the words of Hon. Emilia Monjowa Lifaka, Vice Speaker of the National Assembly and President of the Fako CPDM Permanent Committee.

She was speaking at Limbe City Council Conference Centre Down Beach, Limbe, Friday, May 7, to CPDM militants, who had gathered to send a motion of thanks to President Biya for uplifting the Limbe Seaport to the status of an Autonomous Port.

The MP stated that their gathering should have held a day after the Head of State’s autonomous gift, but that she was delayed by a meeting convened by the Prime Minister, Chief Dr Joseph Dion Ngute.

Hon Lifaka said in the meeting, the PM said President Biya has appealed to them to accompany him resolve the crisis in the two Anglophone Regions, especially with the Covid-19 crisis.

“If there is only relative peace, contractors who will be sent here to execute contracts for the reconstruction will be scared to come…the Head of State is happy that we stood firm for a one-and-indivisible Cameroon and wants us to do better for total peace to return.

“We have to do better so that these contractors will be able to do their work without being afraid that either their equipment or lives will be in danger.”

Hon Lifaka said the Prime Minister is soliciting for new ideas and suggestions on how to effectively end the on-going crisis.

“The Prime Minister says his doors are opened for suggestions. He wants suggestions as to what you think that the Government can do so that the two Regions can enjoy total peace. Please, you should talk to your MPs, Senators, your Mayors because the Head of State is very anxious to see that we (of these two Regions) continue to live our lives like we used to before November 2016.

Lifaka’s appeal for peace, left many tongues in the room wagging because there have been numerous proposals on how to resolve the crisis. Even after the Prime Minister appointed Minister Paul Tassong and Former Mayor Donatus Njong to take charge of the reconstruction programme plan put forth by the Head of State, many experts in conflict resolution said “nowhere in the world has reconstruction ever been carried out when guns are still smoking.”

According to them, Government must first declare a ceasefire, release detained leaders of the movement and call for a genuine dialogue and reconciliation before reconstruction.