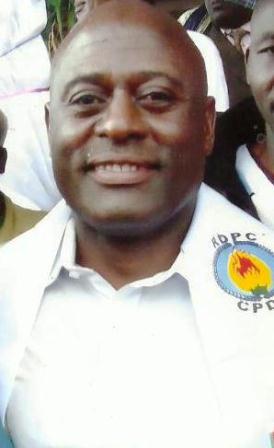 While the Board meeting of the Port Authority of Douala, PAD, was underway in Bonanjo, August 24, to validate Cyprus Ngo’o, as its new General Manager, GM, some media organs in a mad rush for ‘scoops’, reported that its Board Chair, Shey Jones Yembe and Deputy GM, Charles Michaux Moukoko Njoh, have been sacked by President Paul Biya.

The social media was inundated with the information that was churned out by the rumour mills.
On August 25 for example, a popular website in the country, Camerpresse, came out with a report in which Jean Pierre Soh was said to be the new Board Chair of PAD.

As the rumours were making the rounds, a popular private TV station in Yaounde, hit the homes of viewers with the ‘scoop’, when the wife, family members and friends of the purported new Deputy GM were caught on camera jubilating about the appointment.

Metute’s wife tried several times to contact the husband by phone in vain.

The husband had apparently switched-off his phone during the Board Meeting and installation ceremony of the new GM followed immediately after the Board meeting.

While waiting for her husband to return home, Metute’s wife was forced to hurriedly look for money to buy drinks and entertain dozens of people who were pouring into their home to celebrate the ‘appointment’.

It was only after the husband returned home, that the false alarm was dismissed.

As for the real Deputy General Manager of PAD, Moukoko Njoh, who was allegedly fired, The Post learnt that some relatives and friends, including Sawa Chiefs went to his home that evening to console him and his wife over the ‘bad news’.

Meanwhile, the sympathisers did not meet Moukoko Njoh at home. After the installation ceremony at PAD which ended after 7:00 pm, Njoh and the new GM accompanied Minister Mebe Ngo’o to Sawa Hotel where he was lodged.

Njoh who had not heard the rumour about his sacking was stunned when he returned home that evening and met so many people including Sawa Chiefs in a solemn mood.