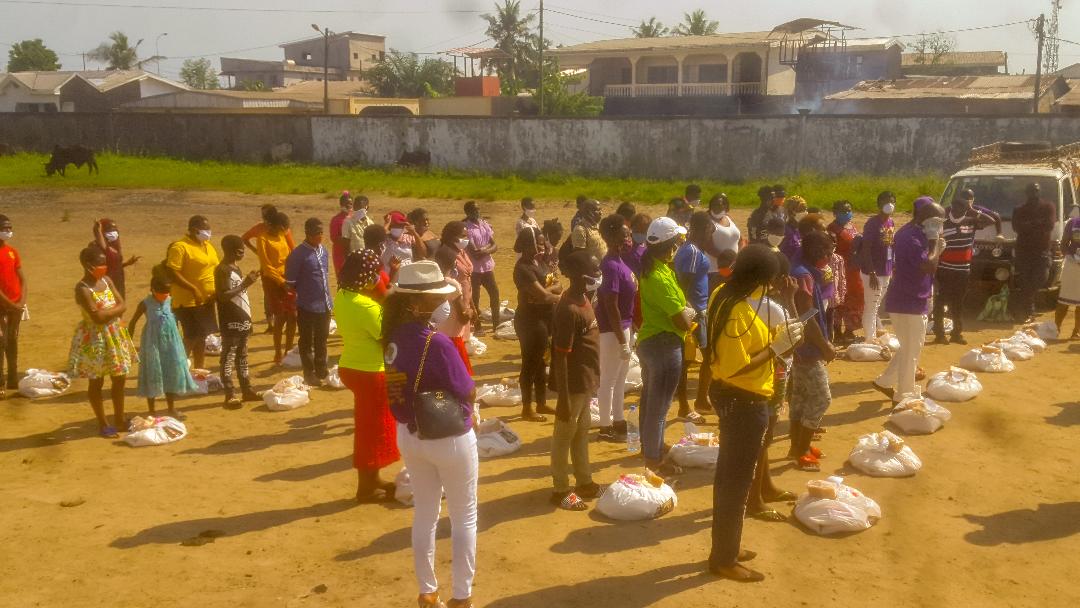 John Princely is an Internally Displaced Person, IDP, from the crisis-hit Northwest Region of Cameroon. Just like him, many are seeking refuge in major towns of Cameroon. They have escaped from a war that has ravaged their lives and communities in the Northwest and Southwest Regions of Cameroon since 2016.

In Yaounde, John Princely is seen sitting under the scotching sun at the Simbock neighbourhood, His eyes are reddish, and he looks exhausted. From all indications, he has been hungry for the past few days. He is not ready to talk, but the expression on his face says all is not fine.

“The situation is one that I can’t tell. We thought that by escaping from the war-tone region of the Northwest, we are free, and could survive, but look at it. The coronavirus has caused so many problems, but we are managing. That is all I can tell you,” Princely said.

“We thought, we were free after running away from what is happening back home but little did we know that another one bigger than the war was under way. The fear of the coronavirus cannot be underestimated, but what I can tell you is that we are suffering. We can no longer do the little things we did to survive again, because of the virus. To have what to eat now is not a day’s job,” Samiratu Atoh another displaced person said.

On the crisis, which she opined can be better handled, she appealed, “This is a time for us to collectively bring to an end what is happening in the Northwest and Southwest Regions of our country. It is sad to see our children die every day and parents continue to run day and night, yet we are doing nothing to solve the problem. Government has done the little they can do but there is still much to be done. Let us not continue to pretend and enjoy, while the war is causing more harm to us.”

Those who talked to The Post, are just a few of the so many that are dotted around the country. They have in one way or the other raised their voices but the help that comes their way is very limited especially as the numbers only keep adding. Yaounde, for example is saturated with persons from the Northwest and Southwest Regions seeking refuge. Their pains and anguish are sorrowful but their cries and appeals mostly go unheeded.

Many of the IDPs live in overcrowded homes, and as such, cannot respect social distancing. The measures implemented to reduce the spread of the virus, negatively affected the IDPs who mostly depended on daily hustles to feed and lodge.

Some IDPs have continued to experience increased sexual and domestic violence because of confinement, isolation and loss of income.

A majority of IDP children, who for the second time have been forced out schools, cannot even follow the online teaching from home, as the online and television classes are going on. With the crisis and the pandemic, they are caught in the middle, and to some, the road to a better future looks very rocky.