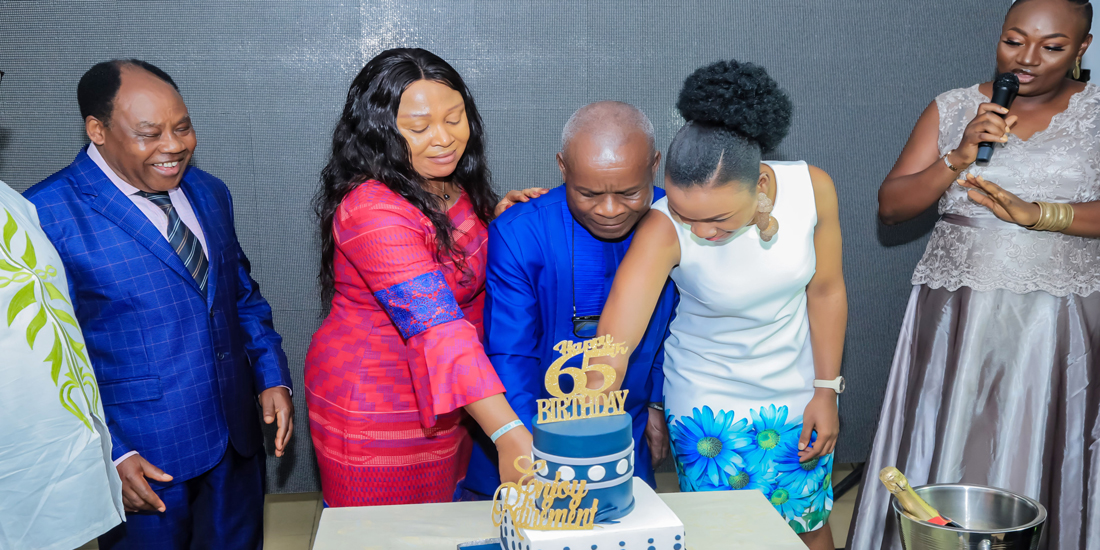 During a retirement party organised to honour the Professor’s 40 years in service, the renowned researcher was described as a man who touched many hearts throughout his profession.

From one speaker to the other, the encomiums were unending. Prof. Tanjong was styled by many as an exemplary father and a genuine intellectual, who has left his footprints in the sands of time.

In response, Prof Tanjong burst into tears, overjoyed by the praises lavished on his modest person by various speakers.

“I don’t know what to say. This is the height of my life; I’m overwhelmed…,” Prof Tanjong said.

He was also praised for his simplicity, rigour and vigour with which marshalled the Department of Journalism and Mass Communication and his interaction with his students and colleagues.

Prof Tanjong said he was “not a perfect human being”. He advised his former students and trainees to touch lives wherever they find themselves.

He said Prof Tanjong upheld the integrity of the Journalism Department when he was Head of Department from 1993-2005.

Apart from publishing dozens of research materials on journalism and communication in Cameroon and Africa, Prof Tanjong’s most visible legacy is the Department of Journalism and Mass Communication (JMC) of the University of Buea (UB), which he started in 1993.

Asked about what he should be remembered for, Prof Tanjong said “I want it to be on the epitaph: This is the man who made JMC.”

Journalists and former students of Tanjong, among them CRTV’s Pochi Tamba Nsoh, who co-emceed the retirement party, also said Prof Tanjong has touched lives and has left an unforgettable legacy in journalism.

Meanwhile, The Rambler Publisher, Charlie Ndi Chia, said if “there’s one thing I got from him some 20 years ago, is to touch hearts. That is a principle he propounded and propagated and he effectively touched so many hearts… He did not only teach academics, he taught people how to believe in themselves, how to share with one another, how to touch hearts.”

After laying the foundation for journalism training in UB, Prof Tanjong asserted he feels fulfilled, and it is left for the younger generation to leave their own legacy.

Many former students of the Professor regard him as a great model, who has gone beyond teaching to mentoring.

“Enoh is a great mind; a journalistic juggernaut and colossus. As a teacher, mentor and trainer, Enoh imbibed in us societal and moral values of humility, success and above all a sense of service void of regional, tribal or political leanings.

“More than a teacher, Enoh was a great person. He had a good heart. He has left his footprints on the sands of time and we wish him a great and well-deserved retirement,” said Edwin Eselem, former student of Prof Enoh Tanjong.

Prof. Tanjong To Be Immortalised With Annual Prize

As a way to continue honouring Prof. Tanjong for his enormous contribution to academics and the journalism profession in Cameroon,  his former mentees have put in place a special prize, the Prof. Enoh Tanjong  Prize, which will be given to the best graduating student of the Department of Journalism and Mass Communication every convocation, beginning from next year. The prize was unveiled by Dr. Julius Che Tita.