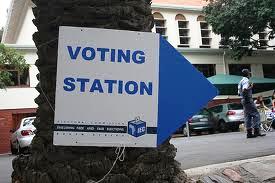 By Chris Mbunwe
The maiden Regional Elections to vote representatives into the Regional Councils and the House of Chiefs on Sunday, December 6, was characterised by allegations of vote buying, killings and bickering especially in the Northwest and Southwest Regions.
In the early hours of Sunday in Mezam Division of the Northwest Region, a Catholic Priest of the Bamenda Archdiocese, Rev. Fr. Anthony Viban, was attacked, alongside a Seminarian, while on their way to celebrate Holy Mass with their Christians.
The Priest and the Seminarian were reportedly attacked in Akum on the outskirt of Bamenda by gunmen. The hoodlums are said to have opened fire on the Man of God shattering his car and injuring both the Priest and the Seminarian on the leg and hand.
The victims of the gun attack were reportedly rushed to the hospital where they are receiving medical attention.
In Ngoketunjia Division of the Northwest Region, correspondent reports hold that the election, especially that into the House of Chiefs was marred by vote buying and influence peddling.
Before the polls, Ngoketunjia Division had resisted presenting a consensus list into the House of Chiefs as two of her Fons: Fon Zofoa Abubaka of Babungo and Fon Kevin Shumentang of Bambalang were eyeing a place into the House of Chiefs.
Our sources in Ngoketunjia Division said the acrimony was not only among the traditional rulers, but that some Councillors from Babessi were caged in a hotel, their phones seized on the eve of the elections and they were offered mouth-watering sums of money ranging from FCFA 20,000 to FCFA 300,000 per Councillors in exchange for their votes.
In Momo Division, the pioneer Regional elections turned bloody when one of the Councillors of Echo Council in Widikum, was shot dead.
The Councillor, who is also a retired Custom Officer was in a convoy alongside his colleagues and were being ferried to the Divisional capital Mbengwi to vote when their convoy came under attack from gunmen.
The Post learnt that the mortal remains of the Councillor were deposited at the Mbengwi mortuary, while his bag was abandoned in the polling centre where he voted.
Nso Fon Resurfaces In Polling Centre
Meanwhile, many people in Bui Divisional headquarters, Kumbo were stunned when the Paramount Ruler of Nso, Sehm Mbinglo, resurfaced at Government Bilingual High School, GBHS, Kumbo to cast his vote.
The Paramount Ruler of the Nso people was recently kidnapped alongside the Archbishop Emeritus of Douala, His Eminence Christian Cardinal Tumi, en route to Kumbo.
The Fon was later released and advised to renounce partisan politics before returning to his people.
However, the Fon was reportedly escorted to Bui on the eve of elections under heighten security.
In other Divisions like Mezam, Menchum, Boyo and Donga-Mantung, even though the population respected the imposed ghost towns, the Councillors and traditional rulers who constituted the Electoral College were escorted to the polling stations by the forces of law and order, where they cast their votes. The Regional Elections may have come and gone, but the onus now rest on the shoulders of those who have been voted to transmit this highly mediatised elections into concrete actions, else it may turn out to be a high-sounding nothing.