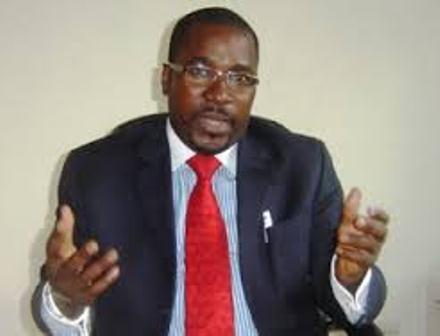 Following the arrest in Buea on January 17 and transfer to Yaounde of Barrister Nkongho Felix Agbor and Dr. Neba Fontem, Common Law lawyers have demanded their “immediate and unconditional release”.

The two gentlemen, who are members of the Cameroon Anglophone Civil Society Consortium, CACSC, and others, were arrested at dusk on January 17 and whisked to Yaounde at an unholy hour of January 18.

Learning of the arrest and irregular transfer to Yaounde, all Common Law lawyers in and around Fako Division, converged on Buea, at dawn, January 18, and issued the communiqué demanding the immediate and unconditional release.

The communiqué signed by over 100 lawyers reads:

“We, Common Law lawyers resident in Fako Division, acting for ourselves and on behalf of the Common law lawyers in Cameroon, do hereby issue this official statement touching on the arrest and detention of Barrister Nkongho Felix Agbor-Balla, Dr. Fontem Neba and others.

“(1) We are aware that on Tuesday the 17th of January, 2017, at about 6.00pm, Barrister Nkongho Felix Agbor-Balla and Dr. Fontem Neba and others were arrested in Buea and held incommunicado.

“(2) That, after consultations this morning with the Attorney General and the Governor of the Southwest region, we have been made to understand that they have been moved to an unknown destination in Yaounde.

“(3) Holding them incommunicado and incognito deprives them of access to legal assistance, medical attention and family care. This raises serious concern about their safety and is inconsistent with Cameroon’s obligations under the relevant domestic and international human rights instruments.

“We, hereby, demand their immediate and unconstitutional release!” the communiqué states.

Meantime, news of the arrest of Barrister Agbor-Balla and Dr. Fontem swept across Buea like wild fire and the social media was jammed with communication on the happenstance. The Government proceeded to shut down internet in the two Anglophone Regions of the Southwest and Northwest.

Buea youths had a long night battle with security forces as the youths pulled any moveable thing: carcasses of cars, telephone and gambling booths, stones and timber which they used to block roads to prevent their civil society leaders from being ferried to Yaounde “where people and taken to be killed.”

They also attempted to burn and break the Mile 16 Bridge as part of the efforts to prevent the arrested Anglophone leaders from being transferred to Yaounde.