Limbe Deep Seaport: Another Presidential Promise, Another Jubilation, What Next? 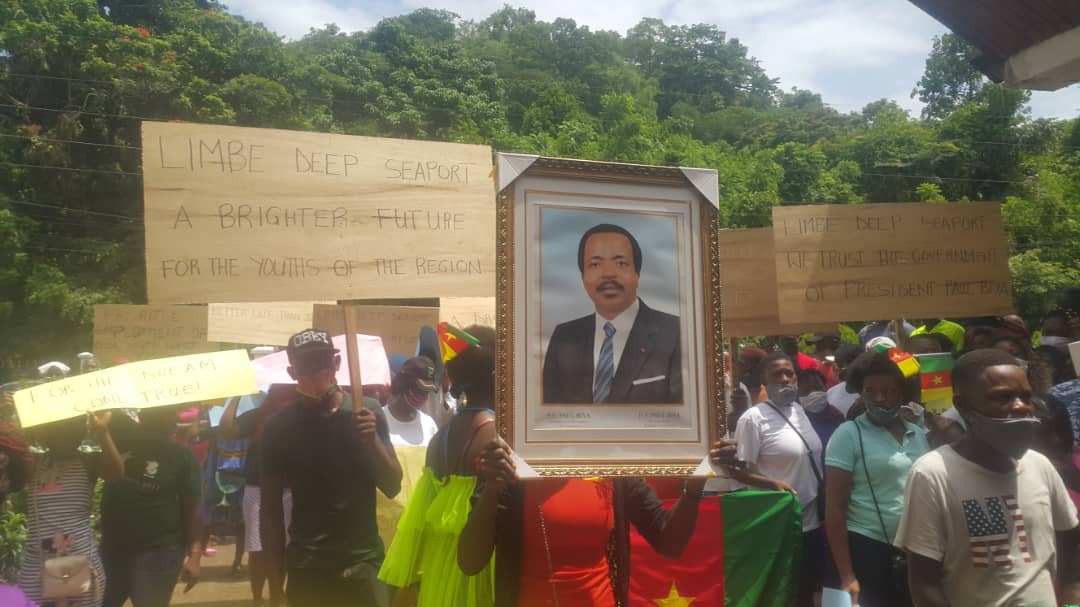 The population of Limbe turned out en masse on Wednesday, May 6, in a “thank you” march to the Head of State, Paul Biya, for creating the Limbe Autonomous Port.

The march took the population, made up mostly of youths, from the Limbe Community Field to the Limbe City Council Chambers at Bota.

Led by the Limbe City Council brass band, the population marched with placards bearing messages of “thank you” to the Head of State for the creation of the Limbe Autonomous Port, something the people of the Region have been asking for decades.

On Tuesday, May 5, President Biya signed Decree No. 2020/249 of May 5th creating the Limbe Autonomous Port, LAP, abbreviated in French as PAL.

The youths, after marching, addressed words of thanks, through the Mayor of the Limbe City Council, Andrew Motanga, to President Biya, for keeping his promise.

During the launching of Campaigns for the last twin elections of February 9 in Buea, the Prime Minister and Head of Government, Chief Dr. Joseph Dion Ngute, declared that, “Plans for the long-awaited construction of the Limbe Deep Seaport were already in progress.”

The PM’s pronouncements came after those of the Director of the National Ports Authority, Josue Youmba, during the installation of the pioneer Branch Manager of the Limbe Ports on October 29, 2019. He had indicated that the construction of the Limbe Deep Seaport “will soon become a reality.”

The youths said the creation will lead to jobs for most of them. They urged other youths still ‘in the bushes’ to come out and join the development drive, get jobs and live better lives.

The Limbe City Council Mayor promised to transmit their message to the Head of State through the SDO of Fako, Engamba Ledoux.

“This spontaneous reaction of yours touches my heart, and I will do well to convey your message through the SDO to the Head of State,” Motanga promised.

The City Mayor also expressed satisfaction that the creation of the Port was in answer to one of the major recommendations that was taken during the Major National Dialogue that held in September/October, 2019.

The Limbe Deep Seaport, located at the Bota Wharf, used to be operational during the West Cameroon days in the 1960s, 70s and 80s. But, for some unexplained reasons, the Seaport was abandoned in the 90s and, till date, it is still operating at a very limited capacity.

In 2009, the Government concluded feasibility studies for the Port and its new site was to be at Ngeme. The construction of the first phase was expected to start in 2011 and finish by 2015.