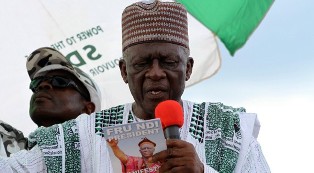 The disagreement erupted following the suspension of some militants by the Regional Disciplinary Committee for anti-party demeanours, which were lifted by Senator Tsomelou, to the chagrin of Nintcheu.
The main reason for the protracted conflict is the political calculation by two bitterly opposed camps; one scheming to takeover and the other struggling to maintain control in view of the reorganisation exercise of the basic organs of the party that started in 2012 and was supposed to end in 2013.

There is the pro–Sawa camp co-led by the Deputy Mayor of Douala I, Adolphe Same Lottin, current Chairman of the Douala Electoral District and the 1st Assistant National Secretary for Communication of the SDF, Abel Elimbi Lobe, who is also a Councillor of the Douala V Urban Council, scheming to take over the leadership of the Littoral SDF.

There is the pro-Bamileke camp headed by current Littoral SDF Chairman, Hon Nintcheu that is resolute to maintain its grip on party in the Littoral.

Series Of Complaints
NEC had in 2012 designated the National Organising Secretary of the party, Ferdinand Asapngu, to supervise the reorganisation of the basic organs in the Littoral.

Nintcheu’s camp accused Asapngu of taking sides with the Elimbi / Lottin camp. In 2013, the Nintcheu complained to NEC that it was not wise to go ahead with the reorganisation exercise when the Municipal and Legislative Elections were in the horizon. The exercise was thus suspended.

In 2014, Asapngu resumed the reorganisation exercise, but was reportedly controversial and Nintcheu repeatedly complained to NEC, and demanded that Asapngu be stopped. NEC ended Asapngu’s mission to the Littoral Region.

Tsomelou Replaces Asapngu
At the NEC meeting of November 8, 2014 in Bamenda, Tsomelou was designated to take over and continue with the exercise. In December, he came out with a programme to complete the reorganisation in February 2015.

But it turned out that Asapngu ignored the NEC decision of November 8, and went ahead with the Lottin/Elimbi camp to organise some elections in the Littoral Region, to which only candidates of the camp participated. Nintcheu’s camp and the Douala-based 1st Vice National Chairman of the SDF, Hon Joshua Nambangi Osih, rejected the elections as illegal. In the face of the confusion, Tsomelou could not go ahead with his programme.

At the last NEC meeting in Bamenda on February 14, Tsomelou was confirmed as NEC’s delegate to continue with the reorganisation exercise and Asapngu was warned to stay away. When The Post contacted Tsomelou by phone, he said a new programme for the remaining Electoral Districts was to be out in a week’s time.

In January 2015, the Disciplinary Committee of the Littoral SDF sanctioned three members of the Lottin/Elimbi camp, suspending them from the party. Lottin was slammed a five year suspension and the other two, Jean Marc Bouadja (SDF Regional Secretary for Political Education and Training) and David Nyassi (Mungo North Coordinator of the SDF), were suspended for five and six years respectively.

But Asapngu issued a communiqué, declaring the sanctions null and void. In reaction, the 1st Vice National Chairman, Hon Osih, described Asapngu’s action as being against the Constitution of the SDF, and advised those sanctioned to follow the Constitution of the party and file their appeals to NEC. They filed the appeals, but NEC did not examine them at the last session.

The bitter disagreement between Nintcheu and Tsomelou, has been caused by Tsomelou’s decision to lift the sanctions of the Littoral SDF.
Nintcheu’s camp is insisting that only NEC can lift the sanctions, and that none of the suspended militants will take part in the party internal elections.

When The Post contacted Tsomelou by phone on March 24, he said that NEC at the last meeting asked him to resolve the problem, and that he has decided to lift the sanctions because it is not correct to suspend some militants of the party when there are internal elections.

As to why the new programme is not yet out, Tsomelou said there are things yet to be put in place.