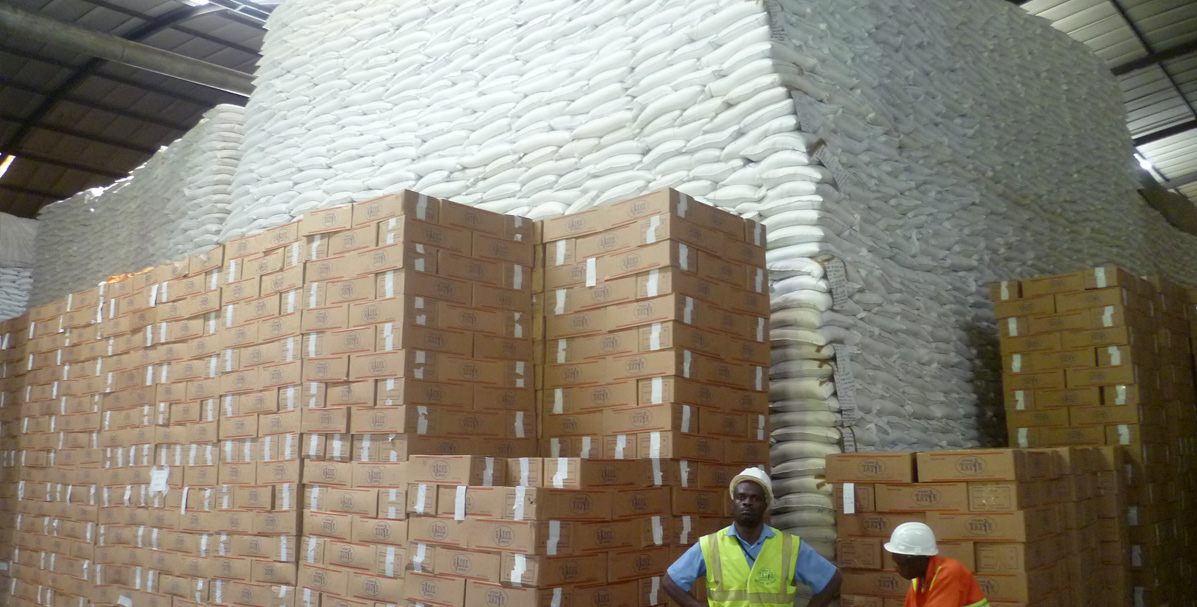 As much as 45,000 tons of sugar produced by Cameroon’s leading agro-industry, Societé Sucriére du Cameroun, SOSUCAM, are now stock-piling in their warehouses with no market outlet due to the massive and illicit smuggling of foreign sugar into the country.

The Directors of SOSUCAM came to terms with the disturbing situation, which is threatening the closure of the company if emergency measures are not taken, during the institution’s board meeting of last March 28, 2018.

According to a pres release issued at the end of the board meeting, it is stated that “the Directors of SOSUCAM were disturbed to learn of the unfortunate threat of the imminent cessation of the company’s activities caused by massive importation of sugar, of which huge shipments are now stocked at the Douala Port.

“These importations far exceed the tonnage authorised by the Inter-Ministerial Committee for the Regulation of the Sugar Market which determines the volumes, the distribution and the season [for importation] in the year. The purpose of these controls is to protect the local industry and the accompanying jobs,” the release states.

Today, SOSUCAM is providing 8000 jobs with an annual pay package of FCFA 14 billion to the workers as well as the resulting taxes being paid into the state coffers.

Calling for a stiff fight against smuggling of sugar into the country, the release also reveals that business people operating in the sector have also been noted for abusing the import authorisations with impunity. Such abuses include imports that are made out of the agreed season triggered by speculation on the world prices by importers and this at times contributes in distabilising the market when locally produced sugar is in good supply.

One of the abuses identified and which is also killing SOSUCAM is the sale, by the operators in the sector, in bulk of duty-free imported sugar meant for transformation and this, according to reports, seriously disrupts the competitiveness of the local market.

The Post was hinted that the operators import far beyond the quantities that are stated in their authorisations with all impunity and nothing is seemingly being done about it.

The release states that based on first hand evidence of huge stocks of imported sugar at the Douala Port, the Inter-Ministerial Committee for the Regulation of the Sugar Market, in its session of February 9, 2018, did announced the need to suspend the imports of sugar.

“Today, the stocks of SOSUCAM stands at 45 000 tons representing more than three months of supply of the national market for sugar as our warehouses of Mbandjock and Nkoteng are piling up,” it is disclosed.

“This is why, if the suspension of SOSUCAM’s production in April is to be avoided, with the inevitable social consequences, it is essential to diligently monitor and enforce the strict respect of import regulations concerning inter-seasonal imports with regard to quantity, quality and authorised importation periods,” the Board Members emphasised.

They particularly called for the immediate and stringent application of the resolutions of the Inter-Ministerial Committee for the Regulation of the Sugar Market; and the urgent putting in place of containment measures for imports that arrive outside the prescribed and authorised periods.