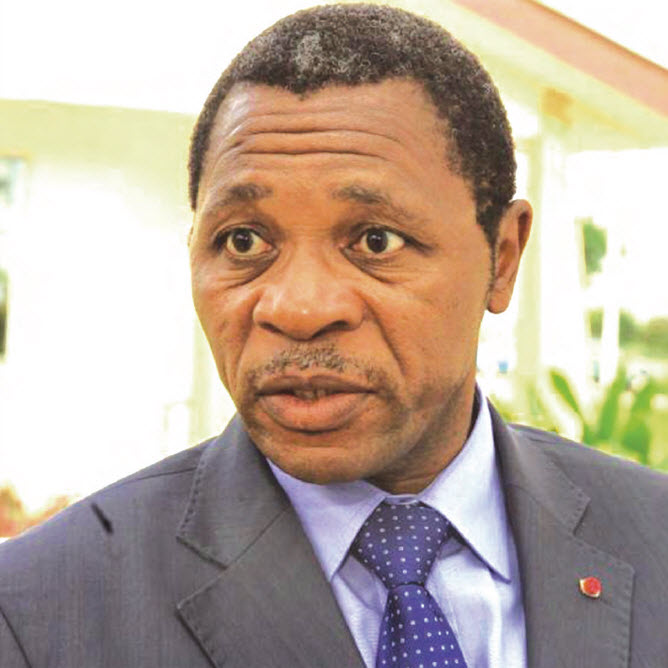 The Minister of Territorial Administration, Paul Atanga Nji, has tasked recently freed Fako Chiefs to lure their subjects out of the bushes.

This was during a reception of four out of the seven freed Fako Chiefs in Yaounde on August 3. Minister Atanga Nji instructed them: “while back in your communities, ask the young people to come out of the bushes.”

A Councillor of the Buea Council, Edward Wokama Ngangue, who was also abducted and later freed, was also part of the delegation that was headed by Mayor Patrick Ekema.

Expressing the compassion of the Head of State to the Chiefs, Atanga Nji said President Paul Biya was very touched upon hearing of their kidnapping.

“Cameroon is a peaceful country and the President, since 1982, has been working tirelessly to ensure that peace is maintained. But unfortunately, the situation in the Northwest and Southwest Regions is now threatening that peace,” he stated.

He thanked and described the Mayor of Buea as “a courageous and an example of a patriotic citizen. Cameroon needs more courageous people like the Mayor in these challenging times,” Atanga Nji noted.

He told the Chiefs that as custodians of tradition and President Biya being the Fon of Fons, he (Biya) is supportive of them to guarantee the protection of tradition.

According to him, President Biya keenly listened to the demands of the lawyers and the teachers and has thus made tremendous efforts in resolving them.

He argued that Biya has given to the Anglophones more than what they expected, pointing to the recent cabinet reshuffle which, according to him, saw Anglophones occupying key positions.

“Nothing can justify the terrorism occurring in the country. Government rejects violence in its totality. Cameroon is a State of law and the rule of law must be respected.

Statistics show that terrorists have raped 1,280 girls between the ages of 11 and 14…People cannot be asking for development and at the same time burning down public and private properties,” he thundered.

He said Government is ready to discuss, but only within the ambit of the institutional reforms of the State.

Speaking on behalf of the Chiefs who, The Post gathered were advised not to make any public declarations, Patrick Ekema, told reporters that the rising insecurity in the municipality must end for Buea to regain its status of legendary hospitality.

He said following the release of the Chiefs, they were negotiating the last bend.

He talked of how the Council stood its grounds to ensure that there was school resumption despite the distortion that was orchestrated by the lawyers’ and teachers’ strikes.

He said extra catch up lessons in the form of holiday classes were organised with some 7000 pupils and students attending.

Ekema said in the face of such efforts, “Presbyterian and Catholic school Proprietors unanimously decided to side with the ‘terrorists’ to enforce non-resumption of schools. And of course, we stood our grounds and addressed a memo to the Head of State indicating the role of the clergy in the non-resumption of classes,” he disclosed.

He recalled that at the beginning of the school year, some parents got angry and took the PCC Moderator and the Archbishop to court.

“Somewhere along the line, there was a lot of pressure, they succumbed and opened the doors of their schools.

“That notwithstanding, we have been of course ensuring that we animate the city with life. One of the primordial roles of a Council in our country is to ensure the social welfare of our people. Being a Mayor, I could not be indifferent. I have been pushing this course to the latter.

“What triggered the last move was the abduction of traditional rulers in my municipality and I could not stay silent. I issued an ultimatum and we are happy it was respected, reason why we are having the chiefs here. I am not going to end at this. We have a wide and an elaborate plan. You heard me say we are negotiating the last bend and I am sure we are going to certainly have a good time to negotiate that last bend,” Ekema stated.

Wokama Testifies
Meanwhile, Wokama who exhibited wounds resulting from torture said he was kidnapped alone while on his way back from the farm.

He narrated that he was accused of being an informant to the Buea Mayor and was thus tortured for 11 hours. He said all plead of his innocence fell on hard rock as he eventually gave a bag of rice.

He stated that those who kidnapped him were not mask but unfortunately, he cannot recognise them. He noted that he was set free only when the abductors discovered that his situation was getting very bad as he bled profusely.

The Ekema-led delegation of Chiefs and the Councillor were thereafter received in audience that same day by the Prime Minister, Philemon Yang.