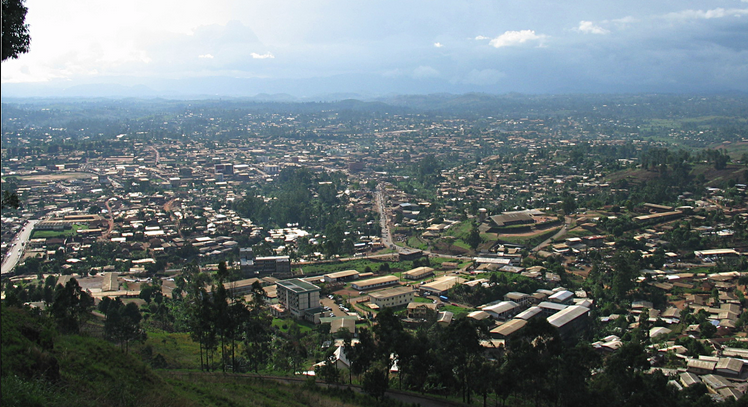 “Bamenda, the place where heroes go to die.” That is how Julius Wamey, the famous CRTV anchor, in an article titled in the same words, described the headquarters of the Northwest Region some years back.

The name ‘Bamenda’, has, over the years, come to represent the whole Region. With a hint of pride in their voices, natives of the Region, living ‘abroad’, would say they are from ‘Bamenda’ when, in reality, they are referring to Din, Akweto, Essimbi…

‘Bamenda’, has, therefore, become generic- a reference to the whole Region. (We use that generic sense in this write-up).

As you enter Bamenda from the Yaounde- Bafoussam end, particularly at night, you are greeted by glittering lights. They sparkle, leaving you with an eerie feeling of watching a celestial constellation.

If Bamenda, as Wamey says, is the land of heroes, heroes there are agogo.

Then, comes the jaunty Augustine Ngom Jua. He hailed from Kom. He spoke English with what Soyinka would have called a heavy RP accent (Received Pronunciation) laced with the Bikom lilt. His political crime was that he tried to challenge the despotic Ahmadou Ahidjo – eye to eyeball -whose political ambition was to annihilate West Cameroon.

The obdurate Jua who became Prime Minister in 1965 was short-lived; Ahidjo ignominiously dumped him in 1967, in favour of Solomon Tandeng Muna, Jua’s long-time rival.

They had bickered and schemed for leadership of the KNDP when Foncha was lured with chimeral position of Vice President and relocated to Yaounde.  Ahidjo considered Muna more pliant. Muna, unlike the overly opinionated Jua, was a suave and astute politician.

Popular opinion believes that Muna acquiesced to the dismantling of West Cameroon. Anglophones pillory him for allowing himself to be cowed by Ahidjo on the issue of the independence of the Federated States.

Muna is on record for saying that opposing or criticising the autocratic Ahidjo was akin to signing one’s death warrant.

Nonetheless, there is evidence that Muna was not so malleable. In fact, the available evidence shows that Muna initially opposed the idea of a unitary State. Unfortunately for him, he did this in his own way: in strict secrecy. Muna, of course, was a cliff-hanger politician.

Beginning as Prime Minister in 1967, he climbed the rungs of the political ladder until he perched on the penultimate position as Speaker of the National Assembly.

Beside the political heavyweights, Bamenda is also the land of traditional potentates – the Fons. These modern monarchs wield tremendous power over their subjects as they are expected to pay unalloyed fealty to these feudal lords.

The Fon of Bali said the plebiscite question of the Southern Cameroons either joining Nigeria or La Republique du Cameroun was a Hobson’s choice: it boiled down, he said, to a choice between the deep sea (Nigeria) and fire (La Republique).

As for the hot-headed Fon of Nso, he is revered by his tribe’s people as the man who, on a visit to Lagos, refused to shake the Queen’s hand. It is worthy to note that, in accordance with Bamenda tradition, Fons don’t shake hands with women.

Many prominent Cameroonians in other fields of life come from Bamenda. These celebrities have served as role models to the younger generations.

In the field of enterprise, Daniel Nangah, the business magnate, played an invaluable role in constructing the surviving infrastructure in West Cameroon (Southern Cameroons or Anglophone Cameroon if you like). Whether he enjoyed political patronage is neither here nor there. What matters is that the structures he constructed have stood the test of the vagaries of time.  A hero, indeed.

Today, Bamenda is the heartland of Cameroon’s opposition. It all began on the 26th of May, 1990, when the Ni Fru Ndi, the leader of the nascent Social Democratic Front, SDF, raised a clenched fist and bellowed that a new party, after decades of one-party rule, was being born.

The birth of the SDF was Caesarean. It is the intrepid Fru Ndi who used the forceps of courage to deliver the baby. It was an act of extraordinary bravado.

In the aftermath of the murder of nine democracy activists and the maiming and torture and harassment of many others, an armada of troops was deployed to Bamenda. Their mission: crack skulls and cow the vandals. They were out to tame and subdue and pacify les gens de Bamenda.

Did they succeed? Perhaps. Perhaps not.

In any case, the troops performed their assignment with bestial vengeance. Remember the Ndu Massacre? The people refused to retaliate. They submitted to their fate with uncommon resignation.

After the soldiers’ despicable barbarism and torture, the people soldiered on in their quest for genuine democracy.

Since then, the charismatic Fru Ndi has led the crusade against the oligarchy. Any bounce of democracy in Cameroon, today, is due, to a large extent, to that memorable event.

Not left out of this tapestry of a struggling people are the women. From sunup to sundown, the womenfolk are to be found scratching the earth for survival. It is thanks, in fact, to their toil and moil that most children – particularly in the rural areas – have been educated.

The picture painted here of the Northwest Region- Bamenda – might sound utopic. It is. This is because, like most generalisations, exceptions abound. And, also, because of the duality factor of nature, it can be said that where you have the brave and the courageous, there are also the cowardly and the pusillanimous. Where the intelligent abound, there, too, are to be found numerous numskulls. You will find the industrious as well as the indolent…And so on.

It is because The Post has been intrigued by the enigma that is Bamenda that we relocated –briefly – to this land that throbs and resonates with multifarious voices.

During our stay, we intend to, hopefully, unravel just what makes Bamenda tick. What we dig and find we will share with you.

Bamenda, the capital city is, of course, is the hub centre of Cameroon’s opposition.

It is a land of similarities and contrasts.

Some people refer to it as “the land of the Spartans” an allusion to the Ancient Spartans who never surrendered irrespective of the implacable circumstances.

With such a cornucopia of captivating marvels, you are simply wowed.

In this case, the people of the Northwest Region are characterised, it is generally believed, by the exceptional resilience and doggedness of the inhabitants attributes which have enabled them to survive the hostile nature and a crippling society.

Bamenda also boasts of a galaxy of fine journalists. Some of the prominent names include: the incisive Sam Nuvalla Fonkem, the baritone-voiced Joe Akwanga Ndifor; the encyclopaedic Herbert Boh; the smooth-talking and articulate Ntemfac Ofege with his flair for le mot juste. There was also the adversarial and abrasive…yes, got it…Charly Ndi Chia. There were – and there are – many more.

They were, for the most part, trenchant in their journalism. At times, they practised what Choves Loh calls ‘ugly journalism’ arguably because they were embroiled in ‘liberation journalism’. Their mantra appears to have been: comfort the uncomfortable and make the comfortable uncomfortable.

These journalism gurus demonstrated that the microphone, in particular, could be mightier than machine guns.

In the religious sphere, we have the towering Christian Cardinal Wiyghan Tumi, the enfant terrible of the regime, the Administration’s gadfly – constantly probing and prodding.

And, of course, there was Bernard Fonlon, a kinsman to Verdzekov, Cameroon’s “genuine intellectual.” He, also, hailed from Bamenda.

In the medical domain there was Professor Victor Anomah Ngu of the Lasker Cancer Award fame, another Bamenda man. His prodigious research in the medical field brought global glory to Cameroon. Another distinguished medical king is Professor Daniel Noni Lantum. He is respected for blending modern and African approaches to health care.

The legal profession thrives with vigour and vim in Bamenda. Proof of this that it has produced the following legal luminaries as Presidents of the Cameroon Bar  Association: Lawyer Luke Sendze, the Muna Brothers, and, today, Barrister Francis Sama.

On the educational front, Bamenda boasts of pacesetting institutions of learning: Cameroon College of Arts Science and Technology, the then citadel of West Cameroon academics. If West Cameroon had survived it was going to be transformed in to a University. Today, with High Schools sprouting here and there, CCAST has lost its lustre of yesterdays. But the nostalgia of those halcyon days lingers.

There is also the renowned Sacred Heart College, churning out scores of brittle-brained graduates yearly. Our Lady of Lourdes College, Bamenda, is the female photocopy of Sacred Heart College. A good number of vocal gender equality activists –feminists – are bred from Our Lady.