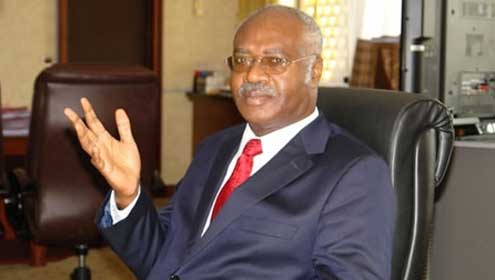 Members of the Senate and National Assembly, Mayors, business barons and elite of opposition political parties in the Northwest Region have accused Prime Minister Philemon Yang of politicising a Northwest Elite Congress, dedicated to raise funds to support Cameroon’s armed forces in the fight against Boko Haram.

The elite, who were invited by a letter from the Prime Minister’s Office, signed by Prof. Paul Mingo Ghogomu, expressed their embarrassment when they got into the Bamenda Congress Hall on March 22 and discovered that it was decorated with CPDM paraphernalia and messages announcing the launching of the 30th anniversary celebrations of the CPDM party.

Irked by the messages and the fact that the PM and CPDM militants were all adorned in their party regalia, most of the invitees, especially those of opposition parties, stormed out of the Hall, accusing the PM and CPDM stalwarts of politicising the event.

According to them, the PM used the invitation letters with the Northwest Elite’s letterhead, to deceive them. The invitation letters read; “Northwest Elite, cordially invites you to an ecumenical service for peace, unity and stability of our beloved fatherland and a solidarity march in support of our defence forces who are in the battle field defending our nation against the Boko Haram terrorist group.

This event is scheduled for Sunday 22nd March, 2015, at the Bamenda Congress Hall as from 12 noon prompt. It will also be an opportunity to mobilise some resources to assist the armed forces and victims of the war, signed; Prof Paul Ghogomu on behalf of the Northwest elite.”
However, when it became visible that the fundraising and solidarity march was another opportunity for the CPDM to show off, the Northwest elite of the opposition contributed their own quota to support the armed forces and left.

In his address, the PM said Boko Haram insurgents are not all powerful and mystical like they claim. He assured the population of the Northwest that, with all the strategies put together, and national and international mobilisation, Boko Haram will be crushed in no distant future.

“Be not afraid, we are going to conquer Boko Haram in no distant future. We are also proud to announce to you that, despite the material and human loses we have suffered; Boko Haram has not succeeded in capturing any inch or a metre of our territory. Our security forces are up to the task and Boko Haram, together with their allies, will be crushed ruthlessly.”

The PM called on all Cameroonians to read the Bible, especially Psalms 23, for them to progress fearlessly and forcefully in combating Boko Haram.

According to him, Cameroonians have to go beyond prayers and contribute financially to support “our defence forces.”
The PM stated: “You, Bamenda people, know very well that when you speak, the whole nation listens, so, we can’t afford to drag our dignity in the mud. Bamenda is the city of the future, just as your university.”

The Alternate Senator of Mezam and CPDM Politburo Member, Regina Mundi, said; “Suffering anywhere concerns people everywhere, be it in the North or South, Bamenda people cannot afford to be indifferent. Women, be alert, report any unfamiliar footsteps behind your backyard, “she cautioned.
FCFA 80 Million Raised
Despite the economic hardship plaguing the Northwest Region, as a result of the absent of industries and the yawning youth unemployment, the Region was able to raise FCFA 80 million to support the armed forces in the war against Boko Haram.