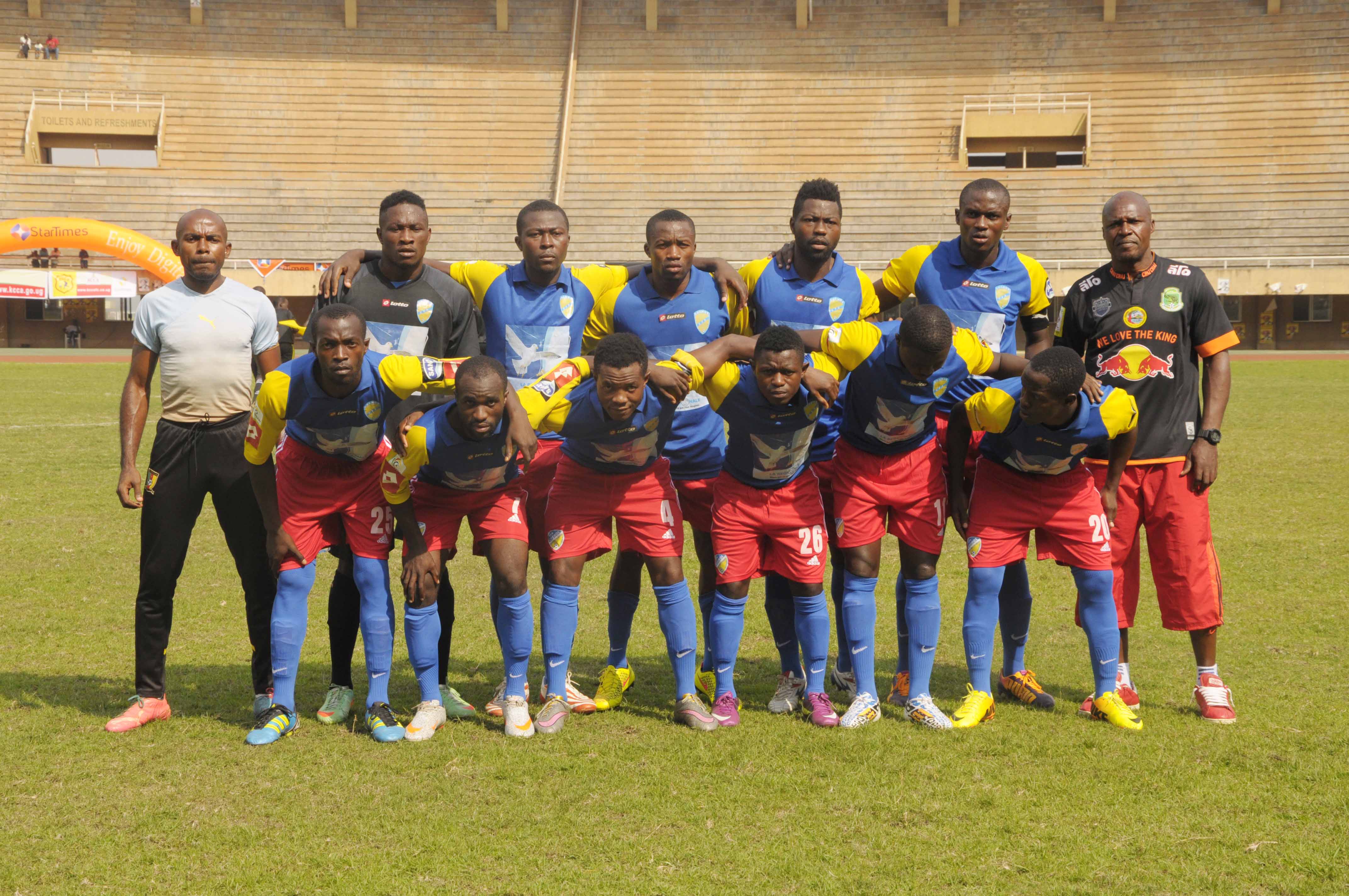 Two of Cameroon’s League 1 outfits involved in the Orange CAF Champions League, Panthere of Nde and Cosmos of Bafia, were both defeated by their opponents, in the first leg preliminary round of the CAF Champions League.
Panthere, who are still to register a single victory under Coach Emmanuel Ndoumbe Bosso this football season, were beaten at home by visiting Rayon Sports of Rwanda 1-0.
Speaking after the game, Ndoumbe Bosso blamed the defeat on the lack of realism on the part of his players.

“We played clumsily and with precipitation. We had a lot of goal-scoring opportunities, but we failed to take the opportunities,” Ndoumbe Bosso lamented.
On his part, the coach of Rayon Sports, Sosthenes Habimana, said he had won the battle, not the war. He said his team is looking forward to the return leg match in Rwanda.
“The game is not finished yet. We will prepare accordingly. We will do everything to score goals at home. But we know that Panthere would do everything possible to score in Rwanda. If we stay in our camp, it could cost us a penalty. Panthere is a good team that can make the difference at any time,” Habimana stated.

Meanwhile, playing away in Uganda, Cosmos of Bafia was beaten by Kampala City Council, KCC, with a late goal from Herman Wasswa.
Cosmos had resisted pressure from their host after their lead striker, Patrick Nai, was red-carded in the 55th minute for two bookable offenses.

The visitors were frustrated by the host goalkeeper, Yasin Mugabi, who made two brilliant one-on-one stops to deny Cosmos the lead.
After their defeat, the coach of Cosmos, Libiih, drew some positive points from the team’s performance and said they will be able to overturn the one goal deficit and sail through to the next round of the competition in a fortnight.

“We were unlucky with the red card. We created many chances, especially in the first half, but we couldn’t put them away. We then lost concentration and conceded a late goal. But the fact that we managed to hold the opponents for 80 minutes with just 10 men is encouraging. I am sure it will be a different ball game in Cameroon. We shall get the necessary results to progress to the next round.” Libiih told supersport.com.

The match between KCC and Cosmos was the first continental outing for the Cameroon team. Libiih’s boys are looking forward to righting their wrongs at home, when the two sides clash in the return leg match.
Cosmos and Panthere will both have to win by a two-goal margin to automatically progress to the next stage of the competition.