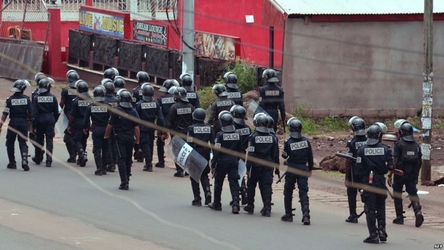 Hundreds of families rendered homeless owing to a military crackdown on suspected Ambazonia forces accused of triggering unrest in villages across Mbonge Subdivision, continue streaming into Kumba and the Northwest Region.

Villagers who scampered into bushes last weekend have been making their way into Kumba to live with friends and relatives.

Others of Northwest extraction have made fast journeys back home. Their houses and other properties were set ablaze in the face of the escalating security situation in the Subdivision.

The Post could not confirm if it was the military that set the houses ablaze or some other gunmen. Eyewitness accounts hold that, when the military first touched down on Kwa –Kwa, they raided a neighbourhood known to host scores of youths who consume Indian hemp and other drugs.

Amid reports of deaths recorded on all sides, it is unclear how many people might have died in the face of the deteriorating situation. Attempts to confirm allegations of corpses found abandoned in Kwa-kwa Village were fruitless.

One of the victims, a Traditional Council Head, who spoke to The Post on condition that his name will not be published, said hundreds of women, children and men have suddenly become victims of war.

“Iran into the bush and only struggled to get into Kumba today. These boys think they have power to fight the Government, but now, we the poor people, are the ones suffering.

I don’t know the whereabouts ofmy daughter who just gave birth. I have not heard from my mother ormy brothers. But I know one of my junior brothers ran to Lobe Estate. I hope the Government will take measures to end this crisis,” the Traditional Council Head said.

The same source said, before now, countless attempts to encourage people to send children back to school have earned him death threats.

A native of Kwa-Kwa Bakundu who just returned from China said his house under construction was reduced to rubble. He could not, however, confirm if it was the military or gunmen that set the house on fire.

The Post equally encountered a couple of Northwest extraction stranded around Catholic Church Kumba Town. The couple said they were into cocoa business. According to the couple, all they have left are the dresses they had on. They confirmed the burning of their house and property in Kwa-Kwa Bakundu.

Cross To Francophone Zones In View

A traditional ruler, already seeking refuge in Kumba, told The Post he is considering relocating his family to Mbanga in the Littoral Region. The Chief, who refused to be named, said, if the situation persists, he was going borrow money to relocate his family to Mbanga.

Another traditional ruler hinted that, from the developments on the field, he could be forced to seek spiritual help from witch doctors in Kupe Muanenguba Division.
‘Odeshi Boys’ Suspends Kumba–Ekondo-Titi Road

Besides threats to life, the suspected Odeshi boys are reported to have threatened officials of the SOROUBAT Company to stop work on the Kumba-Ekondo-Titi Road.

It is reported that, in a bid to force home their threat, the gunmen shot one of the workers of the company on the head.

Reports are emerging of some people among the population donating money to the boys whenever they show up in any village.

Besides Kwa-Kwa Bakundu, other villages wrapped in the menace include:Ekombe, Bai Panya and a host of others.The villages slipped into chaos since January 12. On this day, the Chief of Ngongo Village was lured off the wake-keeping ceremony of Chief Manfred Tukwa. Chief Ekebe was later found death.

After the incident, unidentified gunmen surfaced in the village issuing threats on certain individuals. This led to a military response from security forces. In the wake of the cross fire, the population fled into safety.

Yet,since January 15 to January 21, sustained military parades have been the order of the day across Mbonge Subdivision. The supposed Ambazonia forces have resorted to sporadic attacks.