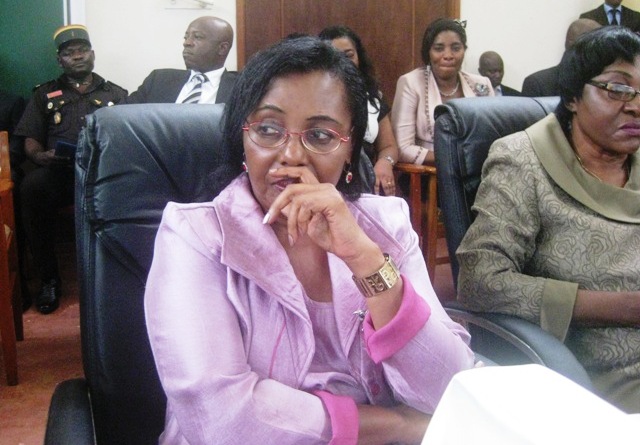 By Francis Tim Mbom
The Head of the CPDM Campaign Team for Fako Division, Professor Pauline Nalova Lyonga, has stated that she will like Fako to embrace the kind of politics where everything is discussed at table transparently.
Minister of Secondary Education was speaking in Limbe on Friday, December 4, during a rally to mark the end of campaigns for the CPDM, ahead of the Regional Elections of December 6.
Her call for equity and transparency came on the heels of what she said Fako, for too long, has been known as a constituency for political infighting and has become blight to the point where other Divisions have tended to mock at Fako each time there is infighting.
Prof. Lyonga said this current election was an opportunity for the Fako people, as a whole, to flip over their differences and embrace the spirit of love and vote as one for their Party.
“We pledged that we were going to put our rivalries behind us last week when I was here. Let that pledge be true. This is the opportunity for us to build and not otherwise; this is the time to be positive,” she stated.
She added that she will like Fako to prove to the rest of Cameroon that they are first, by securing a 100 percent vote on December 6. In her words of caution and direction as to what path Fako should follow in their line of politics, she said she was not attuned to the kind of politics where some others just want to keep on getting richer and richer. She said she will be comfortable with a situation where everything that they have should be put at table and if there is any problem, it should, equally be addressed on the table and not otherwise. She also advised that, in the manner of sharing, it will be good that if one person has to receive more than another, there should be an open and valid reason expressed to all why. This, she said, so that the one receiving less should understand and be ready to accept his quota with humility and not with a grudge.
Reacting to her pronouncements, the hall erupted in applause.
In response, Senator Charles Mbella Moki said: “We are grateful to the Head of the Campaign Team, Prof. Nalova Lyonga.”
Mbella Moki spoke in his capacity as the Vice Campaign Team Leader for Fako and Head of the Tiko Municipal Campaign Team, where he called on Tiko Councillors and all others across Fako to be ready to vote a hundred percent.
“Give her your collaboration and she will give you her consideration,” Mbella advised the Councillors.
Hon Paul Meoto Njie said: “Your Excellency, the Buea Councillors have assured me that they will vote 100 percent.”
Mayor Andrew Motanga and Mayor Barrister Nseke Luma Dibotti, who spoke on behalf of Limbe, also reported on the readiness of Limbe Councillors to vote 100 percent.
Prof. Nalova, a week ago, had cautioned against any Councillor in Fako casting a null or invalid vote come December 6. She said doing so will be against their party discipline and, invariably, will give a bad image to the CPDM party in Fako.
“Lets show the Head of State that Fako is first by voting 100 percent,” she said.