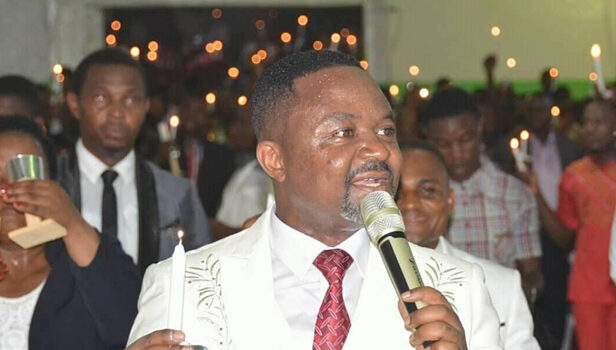 Family members and thousands of followers of the late Founder of Kingship Ministry, Prophet Frankline Ndifor Afanwi, were deprived of the opportunity to burying the Man of God after Government seized his corpse and interred it following his sudden demise.

Even after a Medical Doctor, Dr Nanga, confirmed his death at midday, Saturday, May 16, in his Bonaberi residence, his family rather turned to prayers, and refused to believe that the Prophets was no more.

Hundreds of followers had thronged his home that afternoon to pray for his resurrection, but all their efforts were futile as the former Presidential candidate had already journeyed to the land of no return.

According to reports, security officers seized his body for burial at a Bonaberi cemetery, despite stiff resistance from family members.

Before leaving his Christian community in shock, Prophet Ndifor had been influential in the fight against the deadly Coronavirus. Many media reports are alleging that the prophet died of Coronavirus, reason he was hastily buried by the Government.

In late April this year, the Man of God led a “spiritual, social battle against COVID-19,” as reported by The Post 02088, during which he donated hygiene and sanitation items to the population of Douala, and the Littoral Regional Delegation of Public Health.

For the first time, Prophet Frankline Ndifor appeared in public as a political figure when he ventured into the Presidential election race in 2018 under the MCNC party.

He had said he will become the next President, stating during his campaign: “As I said, I am not a politician. Politicians in general have failed this country. NPPC is bringing truth. NPPC is bringing the type of leadership needed to salvage Cameroon, and move it forward.”

The Man of God, however, succeeded as the 7th out of 9 candidates in the elections with 0.67 votes.