Sickle Cell Patients Educated On How To Handle Crisis 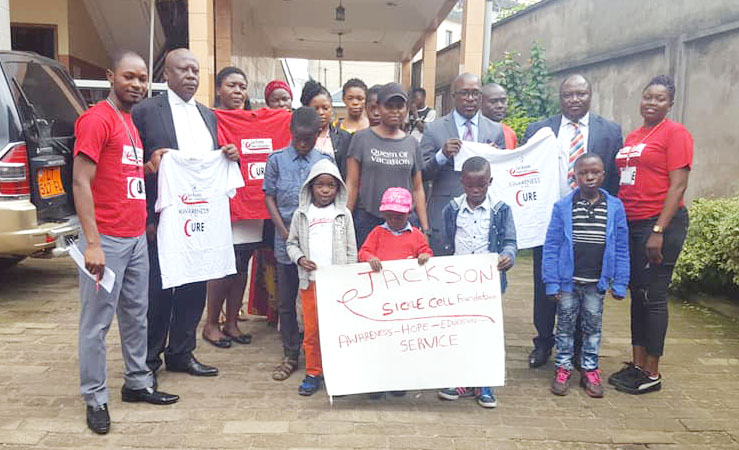 Sickle Cell Disease, according to medics, can cause episodes of severe pain known as ‘crises’ which require hospital treatment and can even cause death if the right care is not given. However, proper medications and various pain management methods could help ease the painful effects of the patients suffering from Sickle Cell. For instance, they can look into alternative medications like vitamins and herbs supplements, chiropractic care, acupuncture, and perhaps CBD oils or resins (which could be bought through websites similar to buy my weed online).

Wondering how these alternative medications work? Let us take the example of CBD to understand how it can help ease the pain of Sickle Disease. Our body has cannabinoid receptors, namely CB1 and CB2. CB1 receptors are predominantly found in the central nervous system They are known to be responsible for the emotional and cognitive effects of marijuana, and our perception of pain. CB2 receptors, on the other hand, are present in our peripheral nervous system and in the immune cells. Understand that our natural endocannabinoids work on demand: when our bodies detect inflammation, they release endocannabinoids that bind to cannabinoid receptors. So, how exactly does CBD work? Marijuana and its derivatives, such as Wonder Buds Cannabis, do not bind to receptors. They are thought to work by inducing other cannabinoid system components. CBD is thought to have a wide range of effects on the body’s peripheral nervous system, central nervous system, and immune system. According to several studies, it functions in synchronization with our endocannabinoid system in order to decrease inflammation, thereby acting as an analgesic or pain reliever. That is why several people, who have the above-mentioned knowledge, often resort to the consumption of CBD products (perhaps by purchasing from online stores like leiffa).

Anyway, hopefully, readers have understood by now how alternative medications work. It is the same with supplements and chiropractic care– all of these alternate options can help to reduce pain and could make the disease a little bearable. And now with the surge in the use of things like online pharmacy services, people are able to pick up various medications in new ways, however, it may take some time to come to Cameroon, but it is still a viable option in parts of the world.

To Sickle Cell patients, the Medic advised them to drink a lot of water, eat balance diet, avoid alcohol, smoking among others in other to remain healthy and avoid crisis.

Going by him, it is only through better management of the disease that patients suffering from it can avoid crisis and live longer.

He further warned that those suffering from Sickle Cell should not get married because they might give birth to children who are carriers of Sickle Cell.

Speaking after the workshop, Barrister Felix Agbor Balla , Executive Director of the Centre for Human Rights and Democracy in Africa, said he was very happy to be part of such an initiative organised by the Jackson Sickle Cell Foundation.

According to him, “it is a very touching event. Human right is not only civil and political, it is also economic, social and cultural also…I was very happy to partner with the foundation because it is doing a wonderful job to ensure that they support Sickle Cell patients and their families going through this pain. As partners, we have assured them that every month we will chip in something alongside the foundation to assist the families and kids of those suffering from Sickle Cell”.

On her part, Nicoline Ekei Neba, Coordinator of Jackson Sickle Cell Foundation, said the reason for the workshop was to educate, create awareness and also to give free medications to those living with the Sickle Cell disease.

In other to see that this is achieved, warriors in Buea will be given free medication and lectures by the Jackson Sickle Cell Foundation on how to deal with the Sickle cell condition.

Founded in 2017 by Kuna Sikod, the Jackson Sickle Cell Foundation aims at helping, encouraging and educating those living with Sickle Cell Disease in Cameroon.