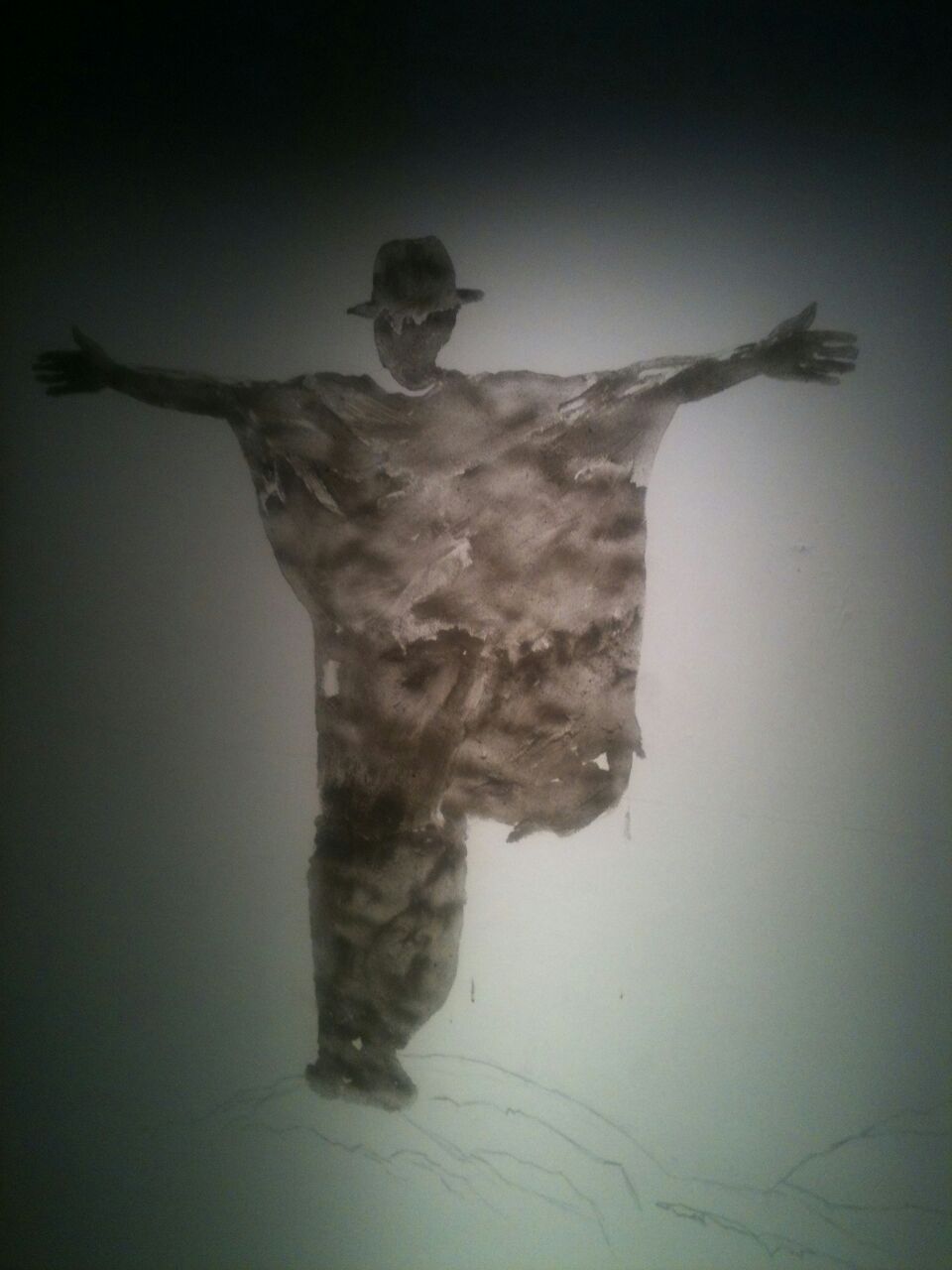 Cameroon’s leading retailer of petroleum and other related energy products and services, on October 13 in Douala, welcomed and co-sponsored the homecoming and first home-exhibition of Bili Bidjocka, in his home town, Douala.

In his homecoming and first exhibition under the project PIETA and maxim “Le Plan Prend Forme” (loosely translated as the plan is taking shape), the artist expressed his joy of having the opportunity to exhibit his work in his mother land, thanks to Total Cameroon and other co-sponsors.

To him, the plan of the gallery is taking the shape and purpose of it all. According to the famed artist, it is inspired in a special way by a drawing his mother sent to him while in France, although his mother was not an artist, but he has come to make a lot of sense out of it.

In Douala, he showcased a lot of magnificent painting on walls, with long dresses, paintings and writings on window windowpanes, in water, as well as woodwork on which his plan of action was demonstrated. He presented a wider space where there is partly a small library and table on which a couple of books by his friend, Simon Njami, were displayed.

Bili Bidjocka, born in 1962, has been living in France, and is the founder of the creative platform, Matrix Art, MAP, in Paris, Brussels and New York.
He was accompanied by his close friend and curator, a fellow Cameroonian, Simon Njami, who expresses his own ideas in writing and has written a couple of books.

According to Njami, apart from being a curator exhibiting the works of Bidjocka and other great artists, he is the closest friend and brother to the celebrated painter, as they speak the same language, share the same motherland and are age mates, both interesting in passing logical and harmonious messages to the society.

On the type of message passed across by the duo, Njami said they are out to tell people about contemporary arts. Given that the message has been passed across many parts of the world by the renowned artist, there was a need to exhibit the work in Cameroon, where the artist was born.

On why he had to wait so long before exhibiting his work in his homeland, Bidjocka remarked that the problem has always been the means to do so, and thanks to Total Cameroon and other sponsors, the dream finally came true.

Njami said they are interested in the future of arts and in making people think. To him, the issue of togetherness is paramount because people often use the word ‘we’ under different circumstances, such as; family level, the community, tribal level, amongst friends, in a country, continent, as well as in the world, but to him, there is a split because people see each other differently although they use the word ‘we’ to imply togetherness.

“We keep saying ‘we’, but there is a divide” Njami said as he pointed out that that is the focus of their art, both writing and painting.

Before returning to have his first exhibition aided by Total Cameroon and others, Bidjocka had participated in many international exhibitions, including the Biennales of Johannesburg in 1997, Havana in 1997, Dakar in 2000, Taipei in 2004, and Venice in 2007.

The talented Cameroonian painter has also presented his work in many museums and art galleries, including New Museum of contemporary Art in New York, Ark Museum of Modern Art of Paris, Palace of Fine Arts in Brussels, Goodman Gallery, Johannesburg-Cape Town and during the occasion of the exhibition of African Remix and the Divine Comedy, by Njami.

Bidjocka’s is said to have attained a point where his quest finally made sense, because the harmony of logic has been attained, as the quest has no other objective rather than the quest itself.