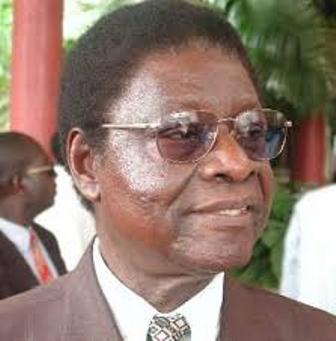 Despite the deal of reconciliation which the Minister of Territorial Administration and Decentralisation, MINADT, brokered in 2013, Cameroon’s oldest party, the UPC, is still in factions and rocked by conflict.

Celebrations marking the 68th anniversary of the party last week in Yaounde opened up old wounds among the various UPC factions.
There is one faction led by Basile Louka as the Secretary General, as opposed to another one led by one of the MPs for the Nyong and Kelle constituency in the Centre Region, Hon. Robert Bapooh Lipott who also passes for the UPC Secretary General.

A certain Ndema Nsame leads another faction of militants who are still faithful to the original ideas of the party. This is the faction that joined other opposition parties in street demonstrations against what they condemned as Biya’s life Presidency project.
This faction roundly condemns the upsurge of calls in the country for Biya to organise early elections and be candidate. This coalition of opposition parties equally warned against the amendment of the constitution.

The Ndema faction is now the most radical and anti-establishment version of the UPC.
At the extreme is the Bapooh Lipot faction which says it is in alliance with ruling CPDM party. Hon. Bapooh told reporters that the option to ally with the CPDM is the essence of the political will that the erstwhile Secretary General of the UPC, Augustin Frederic Kodock, left before dying in 2011.
To him, such an option fits squarely in the present context wherein terrorists are hurling threats on republican institutions.

Bapooh condemned the Ndema factor for choosing street demonstrations, insisting that everything should be done to enhance peace and security in the country. He claimed that he is the only legitimate and legal Secretary General of the UPC elected in September 2012 during the party’s congress at the Yaounde Conference Centre.

The Basile Louka-led faction seems to be adopting a middle-of-the-road and moderate stance. It is against radical street demonstrations by the Ndema faction. At the same time, it takes exception to the fact that Bapooh is taking his faction to an unconditional alliance with the CPDM.

Louka told reporters last week that he did not need to react to calls on Biya to be candidate at the next Presidential election because the calls are purely an internal affair of the CPDM. He said he was for a constitutional amendment but stated that the organisation of an early Presidential election is not provided for by the law in the present circumstances.

Bapooh’s declaration of support for the CPDM is at variance with the Louka faction. That is why a release was issued declaring that the MP has been suspended from the party.
According to the release which one UPC official, Charly Gabriel Mbock, read over the CRTV slot, Political Forum, Bapooh is expected to appear before the disciplinary committee with two people to defend him on accusations of anti-party declarations.

But Bapooh has dismissed the Louka faction as a group of activists. He said the so-called suspension from the party only concerns the group of activists because he is the Secretary General of the UPC.
The MP said those who expect him to go and stand in front of the activists on May 7 to judge him were daydreaming. He said he blocked the UPC account at BICEC Bank because of mismanagement of funds by the activists.

Since the rebirth of the party in the 90s, UPC has been a victim of greed and individualism. In-fighting among officials produced two main factions led by Kodock and Prof. Henri Hogbe Nlend. Government took advantage of this situation to divide, weaken and rule the UPC the way it wanted. It appointed Kodock and Hogbe Nlend interchangeably into Government, leaving observers at a loss as to which was the legitimate and legally recognised faction of the UPC party.

It is now clear that the historic party that was created on April 10, 1948 to fight for Cameroon’s independence is far from achieving unity because of greed and individualism. For now, the outfit remains a party of three leaders, and conflicting ideologies.