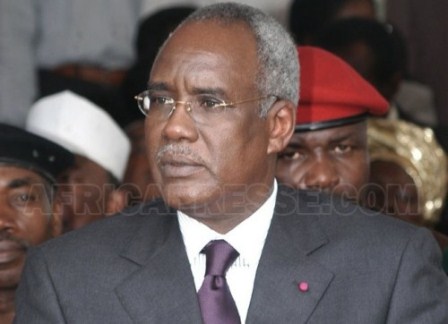 The US State Department has indicted the Cameroon Government for blocking two lawyers from visiting their sick client, Marafa Hamidou Yaya, who it calls a political prisoner.

The indictment is contained in the US State Department Human Rights report for 2015. The report, that was published recently, takes exception to the fact that Marafa’s two lawyers, Barrister Saskia Ditishelm from Switzerland and Barrister Alice Nkom, were barred from meeting their sick client at the Yaounde General Hospital on July 3, 2015.

The report exposes the bloody records of human rights in Cameroon, citing many abuses in the various domains of national life. The report is particularly acerbic on the violation of fundamental freedoms. Police and gendarmerie elements crack down on every public demonstration that is not organised to sing praises to the regime.

“Cameroon is a republic dominated by a very strong Presidency. The country has a multiparty system but the CPDM has remained in power since its creation in 1985,” partly reads the report.
Going by the report, President Biya, who came to power in 1982, was re-elected in the 2011 poll that was marred by irregularities. The report blacklists Cameroon as one of those countries wherein people freely discriminate against homosexuals. It holds that there have been many human rights violations in the fight against the terrorist sect, Boko Haram, condemning extrajudicial executions.

The report hols that prisoners in Cameroon are detained in very appalling conditions. While quoting the Minister of Justice and Keeper of Seals, Laurent Esso, during one of the cabinet meetings, the US report says prisons in the country that have a capacity of 17.000 detainees accommodate close to 28.000 detainees. It equally cites cases of arbitrary arrest and detention in connection to the fight against Boko Haram.

The report remarks that the laws in the country guarantee fundamental freedoms but chided the authorities for violating such laws. It condemns the continuous crackdown on freedom of expression and association in the country.

The report is published at a time when the abuse of freedom of expression in the country has become a common issue. Every public demonstration that is not organised to sing praises to the President of the Republic and the regime is ruthlessly cracked down on.

The latest misdeed in the scandal recently came when police cordoned off a group of opposition parties that wanted to hold a press conference in the Odza neighbourhood. Given that the opposition leaders wanted to condemn the ongoing calls on the 83-year-old President Biya to hang on to power, the administration of the area banned the press conference.

The ban gave the leeway to police to spray teargas on the opposition leaders, including Kah Walla of the Cameron People’s Party, CPP, and officials of the Cameroon Renaissance Movement, MRC.

The authorities equally banned an occasion that young people organised at the Muna Foundation to pay tribute to the victims of Boko Haram recently. Last year, renowned civil society activist, Jean Marc Bikoko, was arrested and detained for protesting for freedom of expression on World Democracy Day. He was later tried in court and slammed a suspended sentence for disrupting public peace.

Police brutally arrested another civil society activist, Bernard Njonga, for demonstrating against deep-seated corruption in the Ministry of Agriculture. He was detained and later tried in court and slammed a suspended sentence for disturbing public order. The National Anti-Corruption Commission, CONAC, later found out that there was embezzlement of public funds in that Ministry.