Who Is Who In Cup Of Cameroon’s Semis 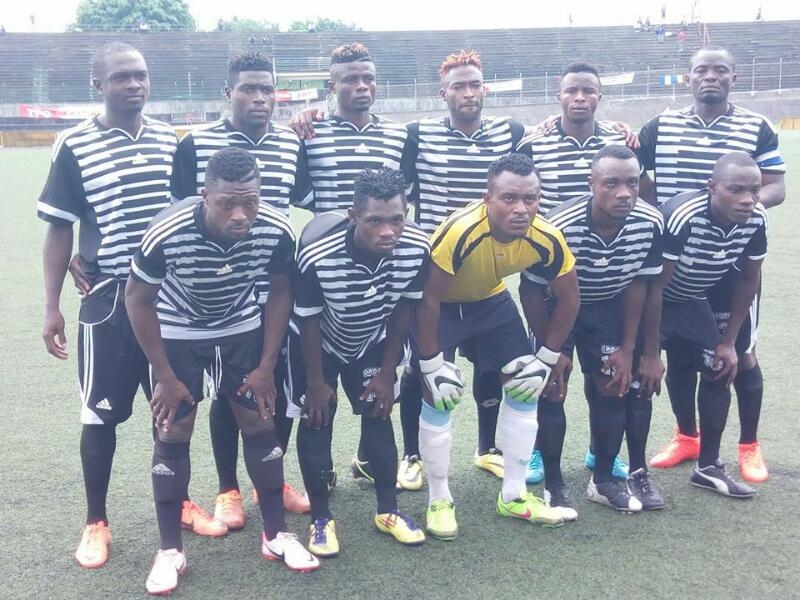 A lot of surprises have already been witnessed in this year’s edition of the Cup of Cameroon, as the teams battle for the most prestigious trophy in Cameroon football.

In this year’s edition, Cameroon’s soccer heavyweights have been sent parking by clubs plying their trade in the amateur league.

With just four clubs left to battle for the coveted trophy, The Post takes a look at the four clubs (YOSA, Victoria United, UMS of Loum and New Stars FC) that are eying the trophy.

On Saturday, November 4, Victoria United will face New Star FC of Douala, while YOSA will take on UMS of Loum on Sunday, November 5. Both games will be placed in Douala.

Founded in 2014, the Academicians of Bamenda as they are fondly called are one of the two clubs to have tasted glory in the Cup of Cameroon.

In 2013, they out played the legendary Canon of Yaoundé to win the trophy for the first time.

This year, after a poor season, YOSA’s management on many occasions have said the Cup of Cameroon is their main priority to make up for a marred football season. From the round of 64, YOSA has won a total of five games scoring 13 goals and conceding just one against West Regional League side, Royal FC of Bafoussam.

They have been able to keep four clean sheets in four of their five games after scoring in every game.

They will be counting on their charismatic skipper, Junior Awonor, who has been leading his side to glory. Of all the four teams left in the race, YOSA has scored more goals than any of them.

Created in 2011, UMS de Loum won its first Cameroon Cup in 2015, after ousting Coton Sport, Canon Yaoundé and Union Douala on their way to the final before defeating Panthère du Ndé 2–0 in the final proper.

UMS in their five games journey to the semis have scored nine goals and conceded just once when they eliminated Coton Sport of Garoua at the round of 16 after beating them, 3-1.

They have kept four clean sheets in five games, however, they failed to score in the 1/8 finals game against Les Astres of Douala. Their encounter against YOSA on Sunday, will pit former YOSA Skipper, Jude Kongnyuy, against his old teammates. They ended the championship this season on the same points (47) like their semi finals opponents, YOSA.

The Douala based club has shown a great deal of form to have arrived at the semi finals. They eliminated last year’s champions, APEJES FA and also defeated DAC 2000 that eliminated this year’s MTN Elite One champions, Eding Sport.


Out of five games played so far in the Cup of Cameroon this year, they have scored 11 goals and conceded one.

They have kept clean sheets in four of their five games. The last time New Star FC reached the final of the Cameroon Cup was in 2012 when they were beaten by Unisport FC (Bafang) 2-0.

The boys of Coach Laurent Djam, will be playing in their own backyard when they host Victoria United on Saturday.

Victoria United FC alias OPOPO created in the1970s after the merging of PWD Victoria (Division 2), Presbook (Division 2) and Victoria Stars (Division 3) are the only regional league team in the semi finals.

Although a Regional League side, their performance in the Cup so far has seen many tipped them as favourites over MTN Elite One side New Star FC. Throughout the race to win the prestigious trophy this year, OPOPO has proven to be one of the favourites for the trophy.

They have scored 11 goals in five games, and have conceded just twice. They are the first Southwest Regional League side to have ever reached the semi finals of the Cameroon Cup.

Two clubs that have won the Cameroon Cup, YOSA and UMS will face each other in the semis with both sides ending the 2016/2017 MTN Elite One season with 47 points each.

Since March 8, 2015 to present, YOSA and UMS have faced each other six times (Elite 1) with YOSA winning three, suffering two defeats and a draw.