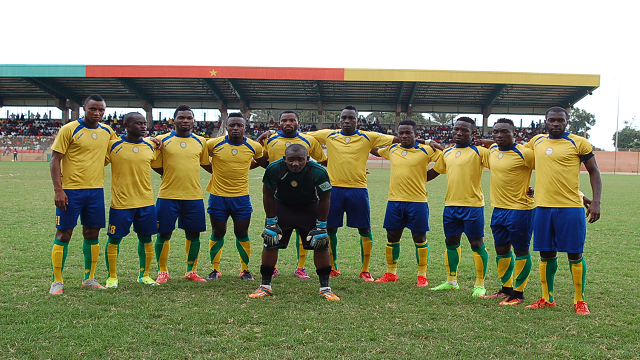 The activity started on Thursday, October 10, when the National President of the YOSA Supporters Club, Denis Mbole, made the first stop at the Buea United FC training ground. Here, Mbole gave the club a ball on behalf of the Northwest Region elite club.

Speaking to reporters, Mbole said the initiative was put forth by the YOSA management in order to give back to the Southwest Regional teams. He said YOSA, each year, has seen close to 30 percent of its players coming from clubs in the Southwest Region.

“We want to show recognition for the good gesture we have enjoyed from Southwest clubs. The Region has been a breeding ground for at least 30 percent of YOSA players every season. We have benefited a lot from clubs in the Region. These clubs will receive a ball each as a sign of recognition for their contribution towards the growth of YOSA,” Mbole enthused.

The Team Manager of Buea United FC applauded the initiative while saying that it will motivate them to train better players. He also pleaded that YOSA should continue with the “wonderful initiative” for it will really benefit Southwest clubs so much.

The exercise will continue in the days ahead with teams from Kumba, Tiko, Limbe and Buea. This is the first time that the 2013 Cup of Cameroon champions is carrying out such a gesture in its 15 years of existence.

On July 26, YOSA organised a recruitment exercise in Limbe that saw close to 45 players from 15 clubs in the Southwest Region taking part. After the exercise, 15 players were pre-selected to travel to Bamenda for final selection.

Players of the Southwest Regional League like, Lionel Bong, started with YOSA. While this year, Moses Itua, Bertrand Epoge Epoge, among others, will ply their trade with YOSA in the upcoming season.